My grandfather passed away overnight. There was no way to say goodbye in person. He didn’t want people to see him that way, but instead wanted us to remember him as he was. Those were his wishes when he was lucid – also that he wanted no funeral or memorial service – and so we respected them as best we could. I wrote him a letter, for my grandma to read to him, but it didn’t get to her in time. She was with him in the hospital when he passed. His children at least got to say goodbye – I’m glad the hospital let the four of them that remain come in for that. The rest of us grieve from afar.

So I will remember him as he was, and celebrate his life that way.

Pics: grandpa holding toddler me; playing his violin (I loved this so much as a kid); being silly pretending to pour a drink on grandma’s head; and at a surprise birthday party at the Frio River 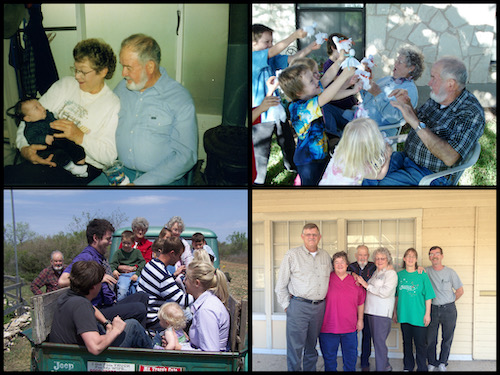 Pics: holding Morrigan when he was a baby; the cousins “scaring” their great grandparents with ghosties; the Jeep that grandpa would drive us around in on the ranch (that’s him standing to the left); my aunt and uncle, grandparents, mom, and stepdad when I came to visit TX when I lived in Boston 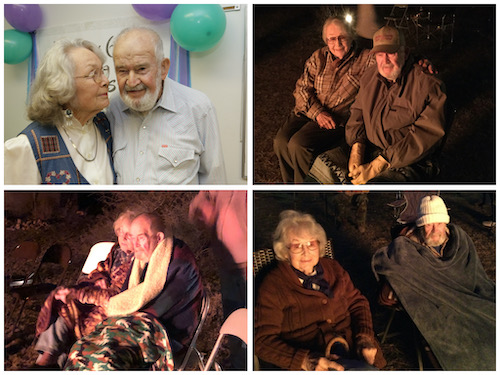 There is a curious thing that has happened to me over the last 14 years. Back in 2007, when my paternal grandpa died, one of the songs they played at his service was “Ships That Don’t Come In” by Joe Diffie. It was a song I loved, and it became inextricably tied to the passage between life and death to me after that. In 2014, my family moved to Boston while my aunt Cheri was dying of colon cancer. She also didn’t want anyone to see her, so it was about 18 months since I’d last seen her before the move. A few weeks after moving to Boston, I was asleep one night and my dream was interrupted by that song, so loudly that it was as if it was external and it woke me up. I knew without a shadow of a doubt that my aunt had just passed away. And she had.

With my grandpa’s passing now, I didn’t have that same sort of experience. (Nor did I when several other members of my family passed away between 2007 and now – it was just my aunt Cheri.) But I did have another really odd experience. I put my phone on do-not-disturb last night as I always do. I was woken at 5am by a text, and DND was no longer on my phone. It was my sister letting us all know that he’d passed away between 1-2am. Eventually, I fell back asleep, and when I woke up again, I was numb and just opening apps at random on my phone as my brain tried to sort through the world has it now is, without my grandpa in it. I opened facebook, which loaded a memory at the top per On This Day. I read through the first few words with a sense of surreality: “This death really hits home.” Blinking, feeling half asleep, I continued: “Joe Diffie sang a song…” As it turns out, Joe Diffie passed away this say day a year ago. That, more than anything, feels fitting in a way, and makes everything that much more real and present in a way I really needed.

2 Responses to Celebration of Life