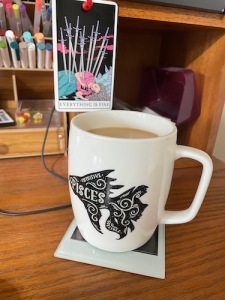 So. My house is for sale. Not that one. I guess I should explain a little something. Jason and I have owned four houses in San Antonio (and six houses altogether). The one we owned the longest – from early 2006 until August 2014 – was the one at the above link, the one that was put on the market in the fall for the first time since we sold it. It’s the house that historically felt most like my home, the one I was able to truly say goodbye to after doing a walk through this past November. I’ll call that one the Vista home. When we sold that home, we moved to Boston for Jason’s new job. (It sucked.) We only lived in Boston for a year, and we bought a house back in SA when we returned. I’ll call that the Hill house. A year later, we moved to Wisconsin to help out Jason’s family, and sold the Hill house (which didn’t end up working for us, anyway). When we moved back to SA, we bought our next house (I’ll call it Creek 1), which we lived in for about 2.5 years before buying our current home (Creek 2). The house currently for sale is Creek 1.

(Side note: Hill house went on the market the day we closed on Creek 2, as a bit of irony. So that means that all three of our previous houses have been on the market in the last two years. Huh.)

We bought Creek 2 two months before we sold Creek 1. We had some work we wanted to do painting, cleaning, etc on C1, and I didn’t want to shove the move into a single day or two. It’s just easier not to shuffle between houses, buying and selling simultaneously, even if said houses are only half a mile apart and on the same street. So we bought C2, got it cleaned up and any work done before moving in, moved in, and got C1 ready and put on the market. We closed Valentine’s weekend in 2020, which means the current owners are selling it less than two years after buying it. I don’t know – or care – why they’re selling, but I can say one thing for sure: I am so glad they are!

Unlike with the Vista house, I have no particular attachment to C1. It was a nice house, and I LOVE the beautiful xeriscaped cottage garden we cultivated in the front yard. (It’s too bad the new owners have let it go wild with no upkeep!) But we didn’t spend many years there, and it always felt more like a show-home than a home-home to me, never comfortable or really “ours.” I don’t need to walk through it, or see what the new owners have done with paint and floors etc. So why am I glad they are selling? It means that I can walk around the neighborhood again without feeling terrified.

I don’t know what the heck is wrong with me, but ever since we sold that house, I’ve been terrified and anxious every time I pass it, as if the new owners are going to see me, run out, and scream at me for something they don’t like about the house. Maybe something went wrong, or there was a problem we didn’t know about, or ??? It’s irrational and silly, but in the two years since we sold that house, I’ve literally only walked by it three times. And I used to walk this neighborhood several times a week, at least during the cooler months. I LOVE this neighborhood, and the hills make for a great workout even just walking. But for the last two years, I’ve mostly just done a one-mile loop that keeps me far, far away from my old home. As soon as that house is sold, I’ll be able to walk by the house as often as I want without any weird irrational fear.

And hey, maybe whoever buys the house will actually take care of that yard Jason and I put so much effort into!!!