Early last week, I was having a stressful, exhausted afternoon and decided to take a nap. I was woken from that nap by a voice in my head. It was an incredibly distinct voice and sounded like someone had spoken in my ear, except that I knew it was in my head. The voice said, “Her name is Joana.”

There are multiple sleep phenomena in the world that can involve sleep interruptions by sounds. A common one (which I don’t have) is exploding head syndrome. I say that I don’t have this, but this is the closest thing I can find to what I experienced. Granted, I haven’t spent a lot of time researching, as I rarely experience this kind of sleep disruption. However, this isn’t the first time. I can remember instances all the way back to early childhood, but they are few and far between. Actually, I’ve had three incidents since July 2020, which is roughly the same as my entire life before July 2020, at least that I can recall off the top of my head. 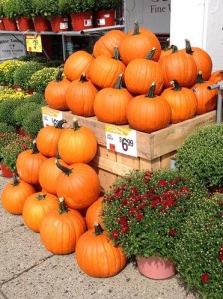 I bring this all up because of an incident in September 2014, my most significant ever. We were living in Boston at the time, and early one morning, my dreams were interrupted by a song. The song was an old country song from the 90s that had gained special significance to me in 2007 when it was played at my grandfather’s funeral. This song interrupted my dreams with an abruptness and clarity that could have been a radio switched on suddenly. It cut through the static of my brain and jolted me awake. And I knew immediately that my aunt had passed away. She lived over 2000 miles away from me, but I knew she was gone. Was her death unexpected? No. She’d been battling cancer. But did I know how close she was? No. I hadn’t had any updates in several months. So yeah, I knew it could happen, but that night, with that song, I was absolutely positive. When it was late enough in the day to politely make phone calls, I contacted my mom. My aunt had died the same hour that song interrupted my dreams. (Photo taken on that day, when I was grieving.)

Back to Joana. The reason I bring up the 2014 incident is because each time this kind of thing happens, I get a presentiment of some kind. Sometimes it’s vague, sometimes it’s more specific. Sometimes it amounts to nothing, sometimes it definitely means something. So early last week, I heard those words: Her name is Joana. I only know of one Joana, and she’s the woman who bought my family’s home in 2014, when we moved to Boston. We’d lived in that home since early 2006. Our boys grew up in that home. And I’ve regretted selling it almost from the moment it sold. Every day for years now, I’ve opened the Trulia app on my phone to see if that house has been listed for sale. Silly, right? It’s been seven years. I’ve been through five homes since then. I even like my current home. But that home…it was special. I’ve talked about this before, the instantaneous falling in love with a house, when it just feels right. That was our home. In my mind, it will always be Home.

That day, I looked on the Trulia app, because I just had a feeling. The feeling, of course, came from the name Joana. But there was nothing on Trulia, nothing on web searches, nothing anywhere. And tbh, I dismissed the incident as a muddled waking brain after that. My last two incidents had come to nothing, so why should I think this one would? A few days later, as I was eating lunch, I opened up my Trulia app like I do every day, and it was like being sucker-punched.

My home is for sale.

My home. My home. I saved all 35 photos that were on the various realty websites. I looked at all the changes Joana’s family has made, and saw all the little things that hadn’t changed. The oak sapling we’d planted in 2011 (pictured just after planting) has grown into a whole real tree that actually shades the windows we intended it to shade. There was this little wooden chicken the before-us owners bolted into the wall beside the dishwasher, with a sign hanging from it that flipped to say “clean” or “dirty.” The sign was lost by the time we sold the house…and that stupid little chicken with a missing sign is still there! So is the hideous old linoleum and metal leaf light-switch cover in the laundry room (both also predated us). Silly things. Things that made me tear up and laugh at the same time.

I want to go see it. I want to walk through it for the first time in seven years. And a part of me is dying inside, because I know I can’t get it back. We bought our current house less than two years ago. The housing market has gone insane. (They’re literally selling the house for $100k more than they bought it for.) And frankly, I know it would be better NOT to buy back the house. I know exactly what problems that house has. I don’t miss the two ash trees in the front yard, or the constant shifting of the foundation that causes cracks in the walls, or the a/c system that is so old that it’s barely holding on (unless they’ve replaced it, but I doubt it, given the listing would emphasize that if they had). It would be a lot of time and work and money to revert back the things they changed, like putting a bathtub back into the master bathroom, or replacing the flooring that they changed to what they liked, or repainting everything. And it would never be the same. You can’t go back. You can only go forward, and this current home is my forward.

Still feels like being sucker-punched, though. And I still want to walk through it. My emotions have been bouncing all over the place, making me very vulnerable right now.

*****
After talking with several friends over the weekend, and doing some soul-searching, I decided to take a very definitive step toward the present instead of the past. Jason and I planted our succulent garden this weekend. Two very important things went into this garden: the aloe that my dear friend Nat gave to me in 2018, and mixed into the soil, Ash’s ashes. I know that may not sound like much to someone else, but for me, that was a very symbolic act, one that says, I am here, I am home, this is home now. 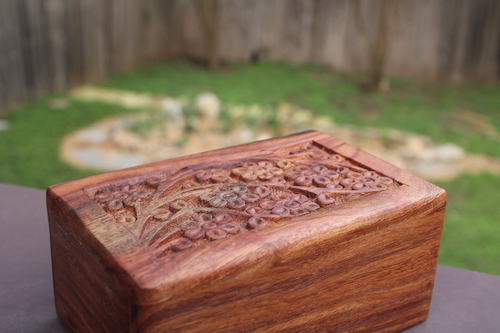 Agender empty-nester filling my time with cats, books, fitness, and photography. She/they.
View all posts by Amanda →
This entry was posted in Personal and tagged house, psychology, Wellness Wednesday. Bookmark the permalink.