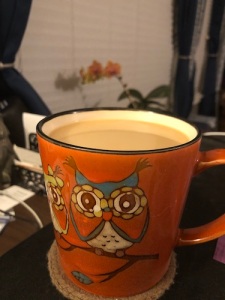 In early 2006, Jason, the boys, and I were living at my mom’s house in southeast San Antonio. Jason was commuting 1-1.5 hours each direction to work, making his day about 12 hours long. I was home alone all that time with three boys aged five and under, with no car as Jason and I only had one. There were seven people living in a three-bedroom home, and the situation was obviously temporary. We’d moved from Wisconsin to Texas in mid-October 2005, and lived with my mom only until Jason found a good job and we got our own place to live.

San Antonio was a different place in early 2006. The housing market hadn’t caught up with the rest of country in terms of prices, and it was definitely cheaper to buy than to rent (especially for three bedrooms). When we began looking at houses to buy, I insisted we live close to where Jason worked. That two-to-three-hours of commuting daily was not going to work for either of us! Our realtor – a woman we didn’t know, and who was clearly new enough at her job that she had no idea what she was doing – began showing us houses in neighborhoods roughly ten minutes drive from Jason’s work. I remember every house we looked at:

Then we walked into the house we’d eventually buy. In the photos, the previous owners had still been living there. They loved roses – there were roses EVERYWHERE in that house – and the decor looked like it belonged to an elderly woman who collected every kind of knickknack possible. When we walked in, however, the house was empty. There were still roses everywhere (light fixture pulls, on the ends of curtain rods, scrolled onto the door labeled “bathroom,” glued to a lamp hanging from the ceiling…), but otherwise, the house was totally different from the photos. The second I walked in, I knew this was the house I wanted. It felt right. We put in an offer immediately, negotiated, and closed on the house a few days before my birthday. We lived in that house until we stupidly sold it 8.5 years later when we were moving to Boston. (If I could go back in time and tell myself to simply rent it out…)

There have been a lot of houses since the rose house. There was the place we rented in Boston, all the houses we looked at when we were moving back to TX, the house we lived in the year between Boston in WI, the houses we looked at and the one we eventually got in WI, and then the ones that we looked at that eventually landed us here in our current place. The market in San Antonio has caught up with the rest of the country, through it’s still cheaper to buy than to rent (not to mention it’s difficult to rent when you have five cats…). And now there are more houses, the ones we’ve been going to see at open houses and through Open Door and with our realtor. So many houses. So many wrong houses.

I mentioned a house recently that I loved, but my boys hated. I loved it for the three-season porch, which reminded me of my grandmother’s house, but I knew the rest of the house had issues. It wasn’t instalove like with the rose house. Each house I’ve gone to since then has had its own problems. I can possibly see us living there, but none have touched me in quite the same way. Honestly, I kinda figured that 2019-me had been through enough life (and enough houses) that she just wasn’t capable of the same reaction as 2006-me. Until I walked into what I’ll call the garden house.

Last week, my realtor took me to visit a few places. The second I walked inside this one, I had that same feeling of rightness. A feeling that I was already home. On the surface, there were things that weren’t perfect – the living room is too small for my tastes, and neither it nor the master bedroom have carpet; the roof needs replacing and there are some other major issues – but the home itself felt perfect. This time, it wasn’t just the three-season porch. It was the whole house. I could see myself living there, could see my family living there. It was a dream home. When I showed it to the rest of the family, the boys actually liked it, the first time they and I were in agreement.

We won’t be getting the dream home. There are too many issues, including the fact that it might possibly require Laurence to switch schools after this year. I don’t want that feeling of love and rightness to be overshadowed by financial burdens, a depressed child, or too many repairs. And I’m okay with that. We’re in no hurry to buy/sell. We can take our time, and wait until another house comes up that feels right and is in the right part of the city. I’m just happy to discover that I’m still capable of feeling that rightness and love when I enter the perfect house for us. It gives me hope that eventually, we’ll find our true home again.