The Whisper Man, by Alex North 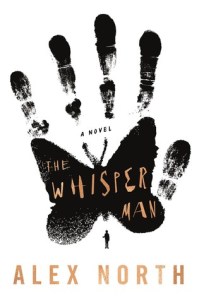 Twenty years ago, a serial predator known as the Whisper Man terrorized the town of Featherbank. Eventually caught and jailed, the community felt safe again…but now another boy has gone missing, and the details are too similar to those of the Whisper Man’s crimes for comfort.

So. I read North’s book The Shadows this summer and quite enjoyed it. It was fast and twisty and really caught me off-guard. The Whisper Man is referenced and some of the characters are shared between the two books, despite the books being unrelated. So I held on to this book until RIP, and (very slowly) read it a couple chapters at a time for all of September.

My two experiences of these books couldn’t be more different. This book is slow and meandering, and felt like a mishmash of crime and literary. Neither felt fully fleshed out. The literary sections (Tom and his son Jake dealing with the loss of wife/mother, Pete’s problems with alcoholism) were often plodding and repetitive, and none of the characters were developed deeply enough to feel entirely literary. There are chapters told from the perpetrator’s point of view, and you learn who he is in relation to the original Whisper Man, but there’s no way for a reader to learn his current-day identity before it’s revealed, as he’s a character that never shows up prior to then except in his own narration. So the crime/mystery element was also lacking. Furthermore, some of the plot points were well beyond suspension of disbelief – the perpetrator, for instance, expects a certain victim not to recognize him despite the two of them having interacted daily. WTF?

A couple of times, I nearly gave up on The Whisper Man, especially in the beginning during Tom and Pete and Jake’s soooooo-slow chapters. But then I’d get to a moment when something spooky or intriguing would happen, and I’d keep going. I flipped through to the end to figure out the mysteries, and learned many things in advance. Eventually, by the halfway point, things started to pick up a little, but until the last few chapters, I never fully engaged. Still, it felt like an okay book, if a little messy and scattered, until the last chapter. I can’t talk about details without spoilers, but the things that happen in the last chapter are abhorrent and stretch belief to breaking. It left a really nasty taste in my mouth, and makes me wish I’d given the book up during my early boredom.

Oh well. I guess you can’t like them all, right? I still wouldn’t mind reading other books by North, because The Shadows was quite awesome. I’ll be a little more cautious going into them now, though.

Agender empty-nester filling my time with cats, books, fitness, and photography. She/they.
View all posts by Amanda →
This entry was posted in 2020, Adult, Prose and tagged psychology, RIP-worthy, WTF moments. Bookmark the permalink.