Sunday Coffee – A Day in the Life of–

I’ve written a couple of these “day in the life of” posts before, snapshots of my life at different times and in different circumstances. This one will be drastically different. Not only was I suddenly an empty-nester and living alone for a week as Jason took Laurence up to college in Canada, but my health is in a place where I’ve lost almost all mobility. Have you heard the term “spoonie” before? That’s where I’m at, on the painful side of major inflammatory flare-up and suffering from at least two autoimmune diseases (rheumatoid arthritis and sjögren’s syndrome) as well as a few Unknowns. So here’s what my day looked like on the first of September, in a body that hates me and with no one around to help when I’m literally in too much pain to move.

Morning: Woke up at around 7:15, so at least it wasn’t an insomnia night! Checked in with Jason and Laurence, who were two hours ahead of me, and then went out to feed the seven cats. 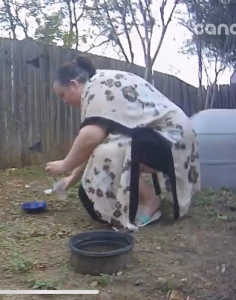 Cats fed, I pulled out food for our feral cat outdoors and picked my way across the uneven, overgrown yard, trying not to trip or twist an ankle. I can’t really bend over or squat easily right now, so I made my laborious way into a half-squat to scoop food into his bowl, then filled the water bowl as well. That done, I returned to the house, made coffee, and took a rest break while I looked over the overnight camera feed.

As it was the first day of the month, I had some paperwork to do in my planner and journals, and I sat down at my computer to work on some blog stuff too. Then it was time for breakfast – Greek yogurt with strawberries and honey – while I listened to my audiobook. Before returning to my room, I threw some overdue laundry in the washer. Then it was time to take my meds and get ready for the day. I put on workout clothes and did a 20-min light yoga video that honestly felt like it was going to kill me, heh. All of that, with the breaks in between, took me until 11:30.

Midday: After yoga, I swapped the laundry into the dryer and put the second load on, then warmed up my leftover veggie risotto for lunch. The new med I’d started the day before had my stomach a bit uncomfortable, so I ate half my food while watching an old SVU rerun. Jojo came to cuddle for the second half of the show, after my food was gone – he’s been very cuddly lately! Then I made some phone call errands while I waited for the laundry to finish, and mindlessly scrolled through social media. When the laundry was done, I swapped that out, then took a shower. It’s unbelievable to me just how painful and difficult it is to do something as basic as take a shower, dry off, and change into clothes afterwards. This small act really brings home just how much my life has changed in the last year! By the time I finished, it was 1:30.

Afternoon: I spent the afternoon alternating chores with rest breaks, mostly because I was kinda pissed at how much the shower took out of me. Chores included: bringing in the recycling bin from the curb. Folding the laundry as I listened to my audiobook. Picking up the living room. Unloading the dishwasher. Checking the mail. (Again, I would never before have believed that walking four houses down the street to get the mail would be nearly impossible and require a rest because it hurt my back so much!) Boiling eggs for snacks. Feeding the feral cat his afternoon food, complete with unsteady trek across the yard again. Sweeping the kitchen and dining room. There’s so much more that I needed to do – more cleaning in the living room, which also desperately needed vacuuming, overdue scrubbing of the bathrooms, picking up my room, etc etc. But even the small things I did were WAY too much, and by the time evening rolled around, I was completely spent. That’s what happens when you push yourself too hard because you’re angry at your body for its limitations. 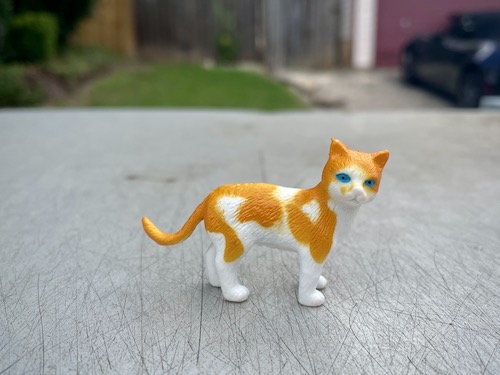 (toy left on top of the mailboxes)

Evening: Because I’d entirely run out of spoons by evening, I made a very simple dinner, cooking up some chicken (while sitting in a kitchen chair) to have alongside a salad and one of the last biscuits left from the weekend. I listened to more of my audiobook, and managed to load the last few dishes into the dishwasher to run. Hand-dishes were set aside for the next day. Right as I finished that up, I got a sad call from my dad with news that my aunt and godmother, who has mostly been estranged from the family for the last ~25 years, was in hospice care, in a coma from liver failure. (Her story is so sad. She had breast cancer in her 30s, and the treatment that put her into remission destroyed her thyroid, and then 30 years of subsequent thyroid meds destroyed her liver.) I’ve only seen her twice since I left for college in 1997, at my grandparents’ funerals in 2007 and 2018. Even though she didn’t know who I was in 2018 (her liver and cognitive function was already mostly gone), I’m glad I got to hug her and say that I loved her that last time that I saw her. 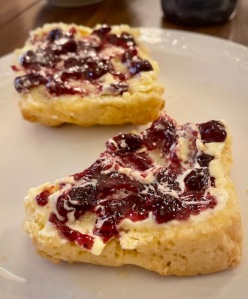 Anyway. After that, I spoke to Jason and Laurence before they headed off to bed, and then took care of the cats for the night. Food. Cleaning out and refilling their water fountain. Dragging a chair into the laundry room to sit while I scoop the many, many litter boxes. Then I had to summon my last few ounces of energy to take the trash out before I could head inside, lock all the doors, turn off the lights, and sequester myself in my room. The cats aren’t allowed in at night, heh. I got ready for bed, then crashed onto my mattress for some more mindless phone scrolling as my body unfurled. Around 10pm, I was finally drowsy enough to drift to sleep.

*****
So why write this all out? In the past, my Day in the Life posts were from spring break of 2016 and quarantined life in fall 2020. In both posts, I was in very good health, doing easy yoga warmups before heavy strength training, taking long leisurely walks around the neighborhood, alternating chores with things I enjoyed doing rather than with rest breaks. I think it’s important to document the bad times as well as the good, though, and since I don’t know what the rest of my life will look like – if we’ll find the right combo of medications to decrease this pain/inflammation, or if I’ll ever be able to do something as simple as walk around the block again – and I wanted to write out exactly how it is when I have limited spoons but still have to keep going long after they’ve been used up. 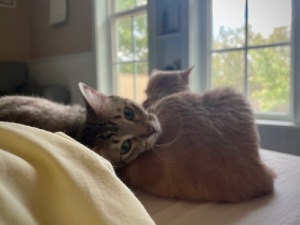 Note: On Sept 2nd, the day after this documented one, my aunt passed away in the morning, and my body crashed so hard from overuse that I ended up sleeping all afternoon. (Pic is from when I woke up several hours later, with cats all over me, even though I normally kick them out – and close my blinds – to sleep.) I was actually lucky to get home before I crashed, because I went to the library to pick up some holds, and on the way home, I realized my brain had gone into that half-asleep state where everything feels drunk and surreal. I had to focus very hard on making the two-mile trip home safely, and I barely made it to my bed before passing out. It really was like being drunk, except without having had any alcohol. I’m still learning how to navigate the spoonie world, where I actually cannot push my body into the negative-spoons point and expect to bounce back the next day. This is not something I’m good at.

3 Responses to Sunday Coffee – A Day in the Life of–