A few weeks ago, I went for a hike with two friends at a park here in town that I’d never been to. It took me months to get to that park. Agoraphobia had kept me from it for nearly a year, afraid of going to someplace I’d never been, in a parking situation known to be a bit fraught. My hiking friends – especially on the leadership team of my group – know about my agoraphobia, and one of the women I was with this day had gone out of her way to 1) take a photo of the parking lot for me so that I knew what I was getting into, and 2) scheduled the hike on a weekday when the park wouldn’t be busy. She had been so patient with me as I’d signed up and then backed out of multiple hikes at this park, and she helped me to get there. 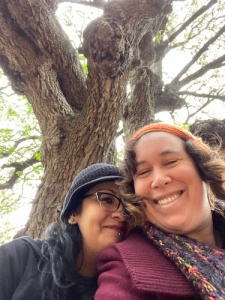 Now, to someone else, this may just sound like friendship, but to me, this is Above and Beyond. All my life, I’ve been taught to rely on myself or my family for everything. When I heard of other people calling on friends for favors of more than a fleeting or superficial nature, I didn’t understand. I only had one friend that I would call on for larger favors, and I’ve known her for so long that she IS family. My kids have called her Aunt Natalie since they were babes, and the two of us couldn’t be closer if we were blood. Beyond that, I was just never taught about Friends. There was Family, there may be one or two folks of Chosen Family like Natalie, and then there were the friends who were in your circle but ultimately just of the casual variety. 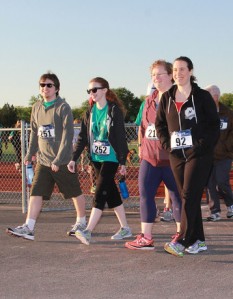 In 2014, I wrote a scene in one of my novels that highlighted the friendship between three women during a time of crisis for one. The scene made me ache. At the time, I was going through severe trauma, moving cross-country while my marriage was falling apart at the seams. My entire support system was here in San Antonio, consisting mostly of family, and I had nothing and no one in Boston where I was going. I was also in the process of realizing that I needed something beyond family during a crisis of this sort. I’d made quite a number of good writer friends, including Stephanie (who I mention often), over the six months before my family moved, and between my family falling apart and leaving the small non-family support system I’d built up, I was starting – at age 35 – to recognize the value of Friendship. [At the time, I called it Tribe, but have since learned about the whitewashing and appropriation of the word, so I’ve stopped.]

Fast forward back to this hike a few weeks ago with two hiker friends, one of whom encouraged and helped me for months to get out to this particular park. While the three of us were out there, we discussed bringing different members of our family out to a hike with the group, and how some family members would be great, and others not so much. I tried to imagine my mother on one of these hikes, because she loves nature and I think she would love many of the parks I’ve visited. But she would hate being out with this group. I tried to puzzle out why in my head, because it was something I knew by instinct and couldn’t figure out exactly why. Til it hit me: my mom dislikes women and puts no value on female friendships. I’m 41 years old and it’s not like I didn’t know this about my mom before now, but it suddenly struck me just how much that viewpoint influenced the way I viewed family, friends, and friend groups for a big chunk of my life.

After writing that scene in 2014 when I was struggling so much, I began to turn outward (outside folks) instead of inward (family) for friendship. During my year in Boston, I formed an online circle in a private group on Facebook to help support me during that year of extremely traumatic events. I traveled down to SA twice that year to stay both with family and with friends – the first time I’d stayed with friends since childhood sleepovers – and Stephanie came up to Boston twice to visit and travel together. A year after we moved back to SA, I ended up in the emergency room with a swollen kidney, and it was Stephanie I called to watch my kids instead of one of my parents. I began to host friend gatherings at home (pic), from book clubs to brunch to super bowl viewings. Many of the in-town friends I had moved away for one reason or another, so I sought out new in-person groups, eventually finding my Circle in this hiking group.

They really are the best people. I can’t say that I’ve developed a friendship as close as that to Natalie (chosen family) or Stephanie (who is practically chosen family by now), but I’m experiencing a level of friendship between super-close and casual. A place I’ve had no experience with for most of my life. I have a whole circle of women who care about me, and who I care about. Women who bring each other birthday gifts just because, and host Galentine’s Day Secret Sister exchanges (–> that’s what I got this year!!), and offer their homes for trying a rowing machine or watching movies on the screened-in-porch…and take photos of parking lots to help ease the anxiety of one of the weirdos in their midst. The very best people. 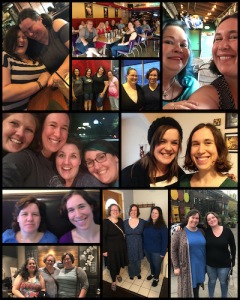 This is a photo collage of (part of) the circle I surrounded myself with in the traumatic years between 2014 and 2019. This is pre-hiking group, and includes old friends, new friends, blogger peeps, fellow writers, people I met through weight loss groups, many who moved away, and people from all around the country. It’s by no means comprehensive, but as I’m sharing tales of the wonderful women in my life, they all deserve to be featured here as well. So to Nikki, Susan, MJ, Trish, Christina, Julie, Andi, Karen, Ceri, Amanda, Liza, Erin, Heidi, Kristen, Marcia, Sarah, Paula, Emily, Kim, Hannah, Ann Marie, all those mentioned above already, and the wonderful hiking friends that I’ve made over the last 14 months: Happy Galentine’s Day, I love you each and all, and thank you for all that you have meant to me these last seven years.

Agender empty-nester filling my time with cats, books, fitness, and photography. She/they.
View all posts by Amanda →
This entry was posted in Personal and tagged gender studies, health, psychology. Bookmark the permalink.