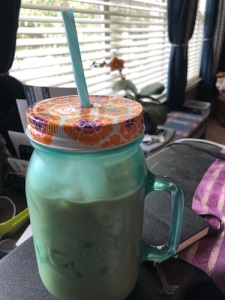 The week started on a surprising note. Morrigan got a call from the nuclear coordinator at the navy with the news that his security clearance had gone through and he’d be shipping out in October. We were told that we’d have an exact date by that evening…then by the next morning…then oops they needed a form from the recruiting office first…then “should be by Monday at the latest.” However, with that last bit, we were told that the date would “most likely” be this coming Thursday, or sometime between Thursday and Sunday. Suddenly – very suddenly – we were looking at about a week to prepare.

So this afternoon, there will be a very rushed and hastily put together party, with invites that went out to family and friends only this past Wednesday. Eeek. We were expecting to get a date at least two weeks in the future, so this is all madness and chaos. But at least it’s the good kind. Morrigan is excited, and we’re excited for him to start on the next stage of his life. We’re all wishing him such good luck and fortune!! And fingers crossed that we actually get his ship date tomorrow like we were told in our last update!

ETA: We did indeed get a ship date, and it was indeed set for this upcoming Thursday. Crazy fast!