With a dozen books in a series, and my clear desire to read them all back to back, I’ve decided not to give each mini-review it’s own post. I always find it hard to review books that are later in a series, particularly because it’s so easy to give away even minor spoilers from earlier in the series. This is my attempt to jot down a few thoughts on individual books without getting into book specifics. Over all, the series has been amazing, and I’m perfectly happy to spend the next little while reading primarily these stories!! 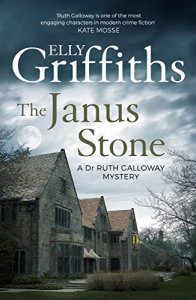 The Janus Stone (audio)
A skeleton is discovered during an archeological dig that appears far more recent. The police are called out to investigate, and though Ruth Galloway isn’t part of this investigation, someone thinks she plays a crucial role and is out to stop her.

I sped through this one. It was so well done, just as good as the first. I love the characters, I love all the conflicts in their lives that enrich the plot, I love the setting, I love all the classics and historical tidbits that pop up… I’m going to have to stop myself from reading the entire series back to back!!! 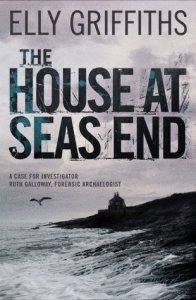 The House at Sea’s End (audio)
A team of archaeologists studying coastal erosion discover a half-dozen skeletons uncovered after a rockslide. Ruth Galloway is called in to date the bones, which turn out to be from WWII. But who the bones belonged to, and how they ended up buried on the beach for so many decades – these are secrets that someone doesn’t want dredged up, and they’ll stop at nothing to keep them hidden.

Third volume of this series was just as awesome as the previous two! I’m loving the series so much. Especially wonderful is the way the stories continue to explore not just various mysteries, but the lives of multiple characters – Ruth, of course, with her new baby and single motherhood; police sergeant Judy, who’s not sure if she really wants to get married; DCI Nelson, keeping secrets and struggling with his faith…etc. The characters are what really makes these books come alive, and I’m so happy to continue following them through all these stories!

A Room Full of Bones
Ruth Galloway is embroiled in another mystery when she goes to supervise the opening of a recently-unearthed ancient coffin and finds the museum curator, who was meant to open the coffin, dead. Meanwhile, DCI Harry Nelson falls gravely ill and may not survive.

Four things to say about this fourth book in the series: First, I love that these stories, while a continuing mystery series, don’t keep relying on the same scenarios. Ruth isn’t always in danger, nor is she always the one solving the mystery. The books are far more varied, and that keeps them from getting stale and unrealistic the way some long-lasting cozy series can be. Second, this is the first time Griffiths dives far more into deeper subjects. There are a lot of politics in here, particularly regarding the mistreatment of indigenous people over the centuries. This comes across as part of the fabric of the book, rather than like a moral lesson, which is great. Third, there had to be a dozen little mysteries all adding up to a single mystery in here, all woven together masterfully. I think A Room Full of Bones will take a second, more careful reading for me to wrap my head around everything. Good thing I’m already planning to reread the series at some point! Fourth, I love that the story delves just slightly more into the spiritual/paranormal side. There is no speculative element to this series, just a few folks who believe in various religions and mythologies, and it was fun to see that left a bit more open here. Great book!

Agender empty-nester filling my time with cats, books, fitness, and photography. She/they.
View all posts by Amanda →
This entry was posted in 2019, Adult, Prose and tagged audio, mini-review, place-character, RIP-worthy. Bookmark the permalink.