I really struggled this March. The beginning of the month was great, but around mid-month, my health problems reached a crisis point and my mental health took a nosedive. It’s difficult to keep your spirits up when you’re practically on bedrest and you never know when the next mast cell attack will come, or when you see doctors that tell you that your problems aren’t really problems and you should just learn to live with them, or when you have to take a dozen medications each day. Thankfully, I did manage to find some decent care in the long run, but that’s still ongoing, and I’m not out of the woods mentally or physically yet.

Books
I basically stopped reading in mid-February. For a time, I enjoyed half-listening to some old favorite rereads, then even that lost its charm. I haven’t really wanted to read anything for quite some time. It’s the biggest slump I remember being in since spring 2011! I might do a little post of mini-reviews for books I sort-of read (ie skim-read) in March. We’ll see. But I haven’t fully read a book since Feb, so my March total is zero. 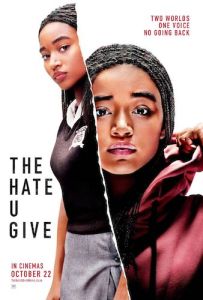 I’ve now finished everything on my movie backlist. Watched at home this month: The Hate U Give, Spider-Man: Homecoming, Ralph Breaks the Internet. The Hate U Give was amazing and by far my favorite. I also got a free movie ticket to Alamo Drafthouse for my birthday, which had to be used this month, and my original plan was to see a movie that was coming out on the 22nd…only then it’s been delayed until August, so I took Laurence to see Captain Marvel. I’m not really a superhero person, so I was surprised at how much I liked the movie. Had to be the cat and 90s nostalgia.

Health
Sigh. So here’s a recap of an insane month, in bullets:

Highlights of March
I always find it more important to note highlights during sad months. Here’s what I’ve got for March:

Quarterly Goals Wrap-up
I’ve actually decided to scrap my original goals for this year, as they were more like a to-do list than goals. I’ve posted my revised 2019 goals on a dedicated page. Since I only created these new goals in the last week, I don’t currently have a progress update.

Coming up in April
Hopefully progress in my health, real answers, and a lot less helplessness. Our family has gotten past all the main birthday/gift-giving parts of the year until July, so also hopefully a better outlook on our budget! In a wider view, April always marks a new season for San Antonio. It will be a month of Easter, Fiesta, Battle of the Flowers, and a transition to summer heat (which honestly seems to have come early this year, as we’ve already been hitting the 80s since early March).