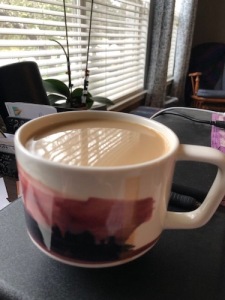 I mentioned waaaaay back in my October wrap-up that I’d penciled a specific date into my calendar (Nov 23, 2019) and said I’d discuss why at some point. It’s been a few months, but plans have finalized and I’m ready to actually discuss why. First, a little flashback:

2011. I made a large goal for myself that year and promised myself a very large reward if I hit it. That reward – which I did earn – was to finally have my honeymoon, twelve years after Jason and I got married. It was the first time in our married life that we had an income large enough to put money into savings, and we’d been saving up for this for about 18 months. In March 2012, Jason and I went on an 11-day cruise through the Caribbean, Central America, and South America. We only chose a cruise because it allowed us to see many different destinations in one vacation. I didn’t expect to fall in love with the experience itself, but I did. Since then, we’ve been on two others – one we got on a cheap special deal in May 2013, and then the one we just went on last September. 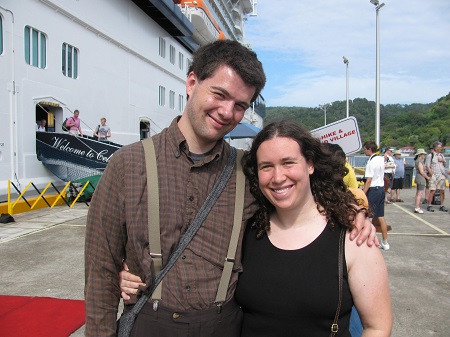 Our boys have never been on a cruise before, and ever since that first one in 2012, they’ve been asking to go on one. Laurence in particular desperately wants to go on one. Unfortunately, when our nomadic life began in 2014, our finances just got shot to hell and stayed there. We had three houses in a row that exploded, plus the expenses of moving cross-country four times, plus Jason losing his job, plus the outrageous living expenses in Boston, plus the housing market boom in San Antonio. When we initially started all this, we were comfortable in our money and opted for the job in Boston because of the huge salary increase. Unfortunately, our goal to save for the boys’ college expenses not only didn’t come to pass, but we’re in a far worse financial situation than we were five years ago. Other than visiting family and the cruise last September, there have been no vacations since 2014.

Morrigan is going to college this year, and Ambrose will enter his final year of high school in the fall. We’ve already run out of time. I told Jason last fall that it was important to me that we take the boys – at least the two who will still be living at home – on a vacation before any more of our kids leave for college. And the boys wanted a cruise. One through the Caribbean, specifically. We couldn’t afford much, so we looked for short, cheap, and easy. We waited until getting Jason’s annual bonus, so that this wouldn’t negatively impact the credit cards. And then we booked. 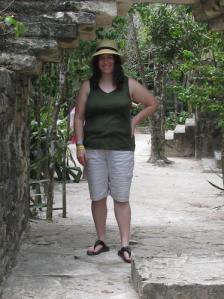 This coming Thanksgiving week, the four of us will be sailing to Haiti** and the Bahamas. It’s a tiny itinerary and it’s on a different cruise line than we’ve traveled on in the past (to save money). We have no idea what the experience will be like. But the boys are excited, and the date is significant to me personally. November 23rd – the day we leave – makes exactly 14 months from the day we got home last September. That day was my highest regain weight, and I’ve been (very slowly) losing since then. At the rate things have gone, I should be able to lose 35 lbs by the time the cruise comes around, and of course I’d like to lose more. I’d like to lose a total of 50 lbs – or 40 lbs from where I’m at now – by that time, to get back to the same weight I was at during our first cruise in 2012 (see pic). That’s the goal I’ve been working toward. Given all the obstacles my body tends to put in my way, that might be too much of a stretch. However, I’ll do my best, and I plan to be far more comfortable (physically and mentally) by the time our November vacation comes around – willing to be seen and able to do All The Things. I want those boys to experience this fully, and perhaps make up a little bit for all the years our bad decisions lost them.

**And by “Haiti,” I mean one private beach owned by the cruise line that’s actually nothing like the rest of Haiti, but hey…