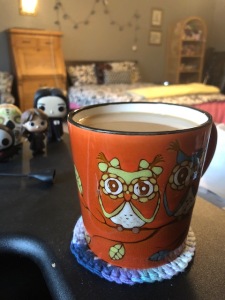 Two Sundays ago, I talked about bookish slump I’m kinda in. But I realized since then, there are some books and other things that are holding my attention. They’re (for the most part) stuff I don’t have as much experience with, so I’m asking for recommendations today!

TED Talks
My cousin’s wife sent me a TED talk on the first day of the year. It was only the second one I’d ever watched (I think?), and I fell in love. Since then I’ll been grabbing talks at random when I have time to watch them, usually from their Facebook page. But honestly, I don’t know how to find them more efficiently. I don’t do podcasts and I don’t want to subscribe to a service that will send me dozens of links/videos per day. I don’t know if there’s an easier way to do that, so mostly I’m asking for recommendations for specific videos. Do you know an excellent TED talk? Leave me a link in the comments!

Chunkster Fantasies
Despite my love of Brandon Sanderson, I’m really not well-versed on long epic fantasies. I’ve tried a few and quit (Wheel of Time, Game of Thrones) and I’ve recently been craving these longer complex books. However, the last one I tried to find for myself ended up feeling like a derivative of Sanderson and the Wheel of Time, and I quit halfway into the first book. I like fantasies that spend more time on character and limitations than on cool special effects magic, and I’ve had a hard time finding something with a good balance of worldbuilding, story, character, and good writing. Suggestions?

Cultural Exploration
I recently read the first few chapters of a book that will release in March (Children of Blood and Bone by Tomi Edeyemi). It’s set in a fantasy version of West Africa, steeped in a combination of real-world culture and the speculative worldbuilding. Those chapters were phenomenal and I can’t wait for the full book to release. One of main selling points for me was that blend of culture and fantasy. I’ve said it before – I get so tired of magical books set in London! Give me magic from around the world, culture from around the world. Let me read a fantasy set in Indonesia or Paraguay or Zambia. Right now, I’m very interested in reading about non-American, non-European cultures, whether in the fantasy genre or not. So if you know some good ones, please leave your recommendations below!

Nonfiction
Consider the Fork was definitely the best book I read this January, and I had none of my lack-of-focus problems while listening to that audiobook. Between that and the TED Talk obsession, I kinda think my focus is now going to be mostly on nonfiction for awhile. I’m not normally a huge nonfiction person but every once in awhile, I go on a kick. Problem is, because I’m not really a nonfiction person, I don’t know a lot of what’s out there. Second problem is, I’m super picky! I avoid politics, government, and war stuff, as well as memoirs, and I prefer nonfiction steeped in culture, sociology, psychology, or micro-histories. Because I’m so picky, it’s possible that only one in ten suggestions will end up working for me, so if you’re a big nonfic reader, go to town here! Leave me a list of dozens, haha!