Sunday Coffee – Putting 2016 Behind Me 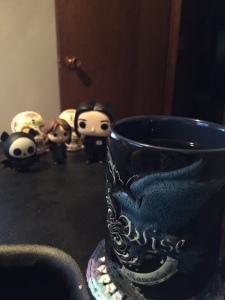 Let me start my first post of the year by joining my voice to the many shouts of HURRAH that 2016 is finally over. Woohoo! Yay for the first day of the new year!

Have you heard the superstition that whatever you do on January 1st determines what you’ll do for the rest of the year? It’s silly, and I don’t actually believe that, but it’s a cute little tradition that I’ve participated in over the last couple years. To be honest, I don’t really even remember most of my January 1st choices/actions because they ended up totally insignificant through the rest of the year (as expected). I do remember this last year, though. A year ago, I hosted a brunch for friends, and during the rest of the day, I wrote, blogged, read, exercised, drew my tarot, and a bunch of others things that have slipped my mind since then. I basically stuffed my day with lovely things, so full that I didn’t really have time to stop to appreciate any of them. (This is, notably, pretty much the definition of the Ten of Coins in tarot – having so many blessings that it’s hard to see any of them clearly.) 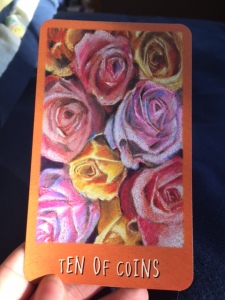 While the superstition is silly, last January 1st really did end up corresponding strongly with the rest of 2016. It was a year stuffed full of things both good and bad. It was a year that was rushed and productive, often pointlessly productive. It was a year of trying to experience everything all at once, instead floating through it without really experiencing at all. There has been a lot of that feeling over the last few years, and I desperately want and need to Slow Down.

This year, I have no set plans for today. I’m going to drink my coffee. Maybe I’ll read a book, maybe take a bath, maybe cuddle up on the couch with a movie. Whatever I end up doing, though, I want to truly experience it, deliberate and fully present. Maybe it’s a silly superstition, but it never hurts to make your intentions for the year known from the start.

Cheers to all of you lovely readers and friends! Happy 2017!

12 Responses to Sunday Coffee – Putting 2016 Behind Me