Hello! I’m fiddling with today’s Top Ten Tuesday topic, which asks for the most anticipated releases from the first half of 2017. I have few enough anticipated releases in the upcoming year that there would be no point of a first-half-second-half split. In fact, most of what I’m anticipating for 2017 involves books that may or may not even release next year. They’ve claimed they would – or claimed they’d come in 2016 – and I wouldn’t be surprised if some were pushed back until later. Still, I hope, so they remain on this list. Here they are, this semi-list, in no particular order. 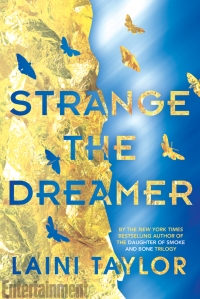 1. Strange the Dreamer by Laini Taylor – I first heard about this one about 18 months ago and originally thought it would be out in 2016. So happy it will finally release in a few months!

2. The Elusive Elixir by Gigi Pandian – Supposedly this releases in January? Though Goodreads has conflicting information…

3. The Savage Dawn by Melissa Grey – Love this series, definitely anticipating the end of it. 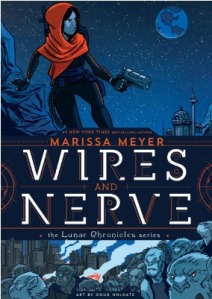 5. Wires and Nerve by Marissa Meyer – I only recently heard this is coming out, a graphic novel about Iko from the Lunar Chronicles. I’m not usually a graphic novel fan, but I’ll make an exception for a series I love!

6. Aztlanian by Brandon Sanderson – Supposedly this will release in 2017. I don’t believe it. Still, I hope. The first book released in 2014!

7. the third Gold Seer book by Rae Carson – No title yet, but these have been coming out at regular intervals, so hopefully next September will give me the conclusion to this lovely series.

8. the fourth Cormoran Strike book by Robert Galbraith – It’s been over a year since the last one released, so hopefully? Despite no actual title or cover or exact date yet?

9. the fifth Lockwood & Co book by Jonathan Stroud – This is a series I’m always looking forward to. **ETA: Ooh! A title is now up! The Empty Grave. 😀

10. Oathbringer by Brandon Sanderson – Considering it took me years to read Words of Radiance, it seems a bit funny that this has become my very most anticipated upcoming release. I first heard it would release this past fall, then in early 2017, then late 2017…now I’m not really sure what to expect. But hopefully it’ll be in 2017 because I’m dying to get my hands on this.

Okay, people – what am I missing? I’m terrible when it comes to hearing about upcoming releases, even for favorite authors! Let me know what else good is coming out next year! 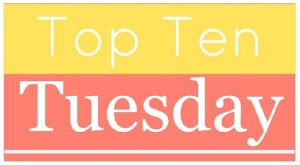 2 Responses to Most Anticipated 2017 Releases