It’s now been three weeks since we moved into our new house. We closed on our Texas house earlier this week (yay!) and soon we’ll close on this one. In the meantime, pretty much everything is unpacked, and we’re getting the house together how we like it.

There are so many things I love about this house. The living room is sunken, which is one of my favorite things in the world, and has a big bay window that could one day become a window seat. There are enough bedrooms for everyone to have their own, plus an office/guest room, and down in the basement, there’s easy setup for a rec room and a game room. Plus tons of storage. After a year of not having a bathtub, I think I’ve taken a bath nearly every day that I’ve been in this house. 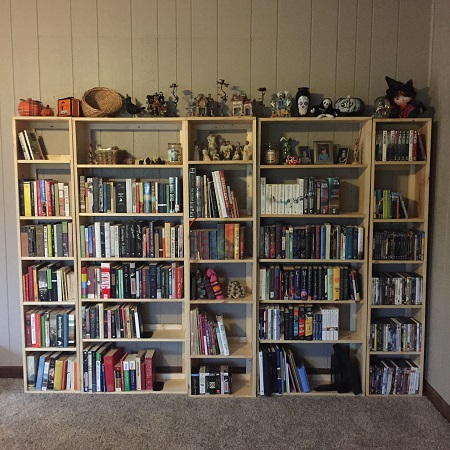 (Bookshelves are up! Decorated for Halloween)

After only three weeks, it still feels like I’m living in someone else’s house, of course. That’s exacerbated by some of the furniture and such coming with the house. The previous owners, who haven’t lived here for a few years, left us with couch, loveseat, coffee table, entertainment center, dining room table, and a few other pieces. They didn’t need them and didn’t want to move them, and they are all high-end pieces in great condition. We’re not complaining, considering we had to leave a lot of our (crappy) furniture behind! There are still a few things we either need to get or have already bought, because the moving truck destroyed several of our things, grr, but for the most part, we’re in a good place to start. That does strengthen the feeling of living in someone else’s house, though, like we’re renting again. 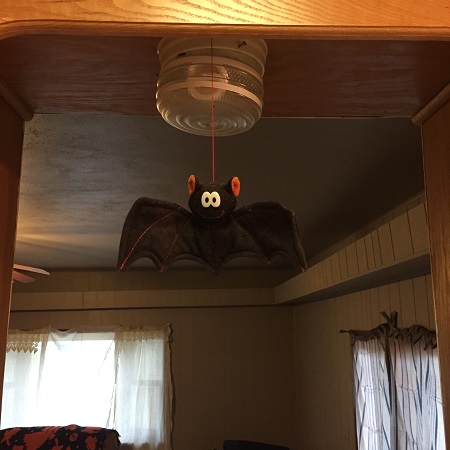 (Gordo is hanging in the kitchen. He’s been in all our kitchens since 1999. It must be our house now.)

Is it weird that after a week here, I began to grieve for my old house? Not the one we just left behind, which caused too many problems to have positive associations, but the one we sold when we moved to Boston in 2014. We’d lived in that house for nearly nine years, longer than I’ve lived in any other house in my entire life. I loved that house more than I could say from the second I laid eyes on it. I didn’t care that it was small and had tons of little problems and a couple of big ones. I just loved that house, and I loved my life in that house. All the moving around of the last 2.5 years, living in four houses since that one, has been rough on me. I loved this house the second I walked into it as well, and I know that one day it has potential to be loved as much as the last, but it’s early days still, and there’s some grief involved. 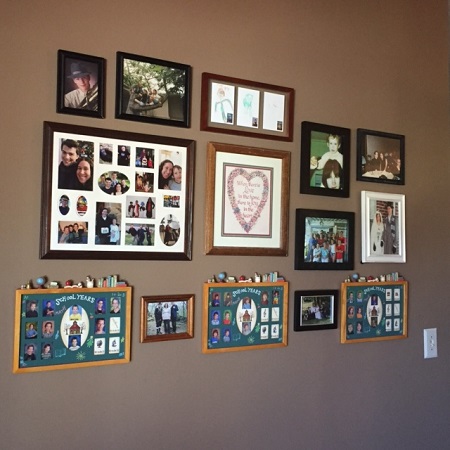 Still. I can see the good. I love having a large living room to run in again, and having a place for my elliptical and boxing area and the weight bench the previous owners left us. I love my bathtub, and my cozy bedroom, and having an office instead of shoving the office area into the living room. I love our big lot with tons of room for the boys to play outside (which they’ve been doing constantly). I love that while the basement isn’t 100% finished, it’s 100% finishable, and I’m not afraid to go into any part of it the way I am with some basements. I love having a basement again, period.

(My big baby loves me again!)

We’re adjusting. There have been a great number of head colds because our bodies are not yet used to the weather, and we’re still gathering winter wardrobe. The boys love their schools, though, and we’re falling into a good daily routine. Plus – and this is a huge one for me – my Ash-kitty is finally coming out of his depression. Gavroche came into our lives just days after we moved to the last house, and Ash was angry and upset about that. He stopped sitting in my lap, stopped sitting in my chairs or sleeping on my bed, and he stopped purring altogether. Ash always saw me as his person, was constantly either in my lap or in one of my chairs (office chair, dining room chair, where I sat most often on the couch, etc). I didn’t hear him purr once the entire year we lived in our last house. Only after we moved to Wisconsin did he start to open up, spending hours in my lap and purring for me again. I’m taking this as a sign of good things to come!

9 Responses to Sunday Coffee – Settling In