If you’ve been following along on Facebook or Instagram, you’ll know already that I’ve been on vacation. Two weeks ago, my family flew northward to visit Jason’s family in Wisconsin. We were there for two weeks, arriving home late this past Monday evening. So much happened while we were there that I’m splitting up my vacation-related stuff into three posts. Considering all my scheduled posts/reviews/etc went live while on vacation and I have nothing else planned, this is a win-win situation for me!

First off, let me just say that I adore Wisconsin. I always have, since the first time I visited there in 1999, when I met Jason in person after several months of emails, letters, and phone calls. I love the landscape, the culture, the weather, the architecture, everything. I thought, in the year we lived in Boston, that perhaps I simply didn’t like living up north any longer. After all, I only lived in Wisconsin for five years, coming back to Texas in late 2005. But no, it was just Boston and the northeast that I didn’t like. These last two weeks have been like coming home. 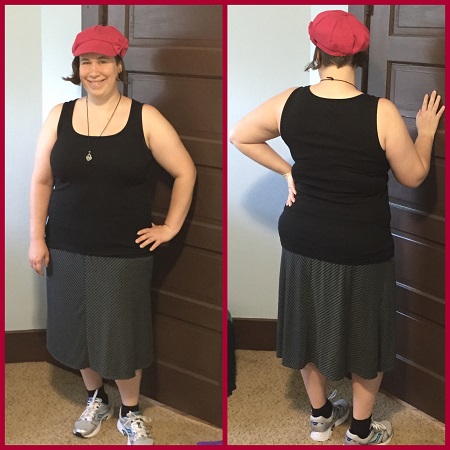 (Dressed up for my morning walk!)

We packed minimally. Between flying (instead of driving), the short time there, and all the things we were scheduled to do, it was easier to travel light. No laptop, no books. After several months of reading/blogging like a madwoman, it was lovely to step back and away from things. Every morning, I walked half a mile to McDonald’s for coffee, drank it while editing my manuscripts-in-progress (by way of a physical notebook/pen), and then walked home. By mid-morning, I’d gotten in some exercise, some refreshing air (55-65 degrees!), and some writing, all before breakfast. I also did a lot of crocheting. I napped. I played Miitomo with my extended family. I listened to Jason play piano. That was all in the lazy parts of the days.

But really, our days were jam-packed with fun stuff. Just to mention a few:

That, of course, all took place in Barron, WI, and the surrounding towns. It doesn’t include the travel we did while on vacation (subject of another post!). Of course, that list makes it all sound hectic and exhausting, but it really wasn’t. Like I said, there was a lot of down time, which made things absolutely perfect.

Pictures, because no vacation post is complete without a few pictures to illustrate:

the boys and Xarissa at the end of their “play” 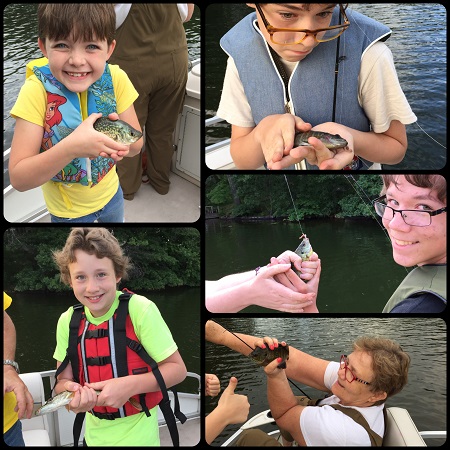 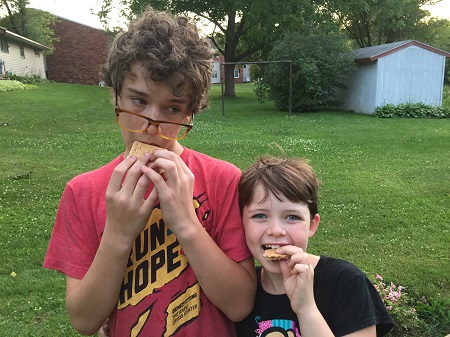 Be back soon with Part II of this travelogue! 🙂

Writing. Family. Books. Crochet. Fitness. Fashion. Fun. Not necessarily in that order. Note: agender (she/her).
View all posts by Amanda →
This entry was posted in Personal and tagged travel. Bookmark the permalink.