This year could really be broken into three sections for me. The first would be from Jan 1 to April 1, a time when I was both dealing with personal/family-related trauma while also trying to find a good medicine fit for my new autoimmune diagnoses. It was my most active time of the year, but not necessarily the happiest time of the year. Then there was the Period of Cats, starting late on April 1st when suddenly Jason and I had two bottle baby kittens to raise. This kicked off an extended summer through the end of August where 99% of my focus was on my feline fosters. This period was littered with political anger, more family trauma, a huge downturn in health, and the first hints of what would come in the third part of the year, September onwards. This became my empty-nesting period, where I began adjusting to a new way of life. Simultaneously, I finally made some real strides in my health during this period, leading to more mobility, less pain, and improved social life.

Cats
Obviously, cats were a huge influence on my 2022. Jason and I TNRed four neighborhood cats in addition to rescuing an entire litter of five. Shai and Hulud were bottle babies from their second day of life, and their siblings – Tipsy, Penny, and Tillie – were caught, vetted, socialized, and put up for adoption once they were old enough to be weaned. All five babies found new homes, and with their mother now spayed, we can count on no more babies from that quarter! The whole experience taught us so much, gave us a friend in the neighbor we worked with, and set up my fostering journey through a local rescue.

There were obviously some negative foster experiences and some things I had to learn throughout the year, but altogether, it was an overwhelmingly positive experience. I fostered a total of 18** cats and kittens. Every single one of them** grew into healthy babies – a big feat for some of them, who were super sick when they came to us! – and found forever homes! And yeah, sometimes fostering is really hard: not knowing if a sick kitten will live through the night, saying goodbye to a kitten who has entirely stolen your heart, having so many scratches on your legs that people think you’re self-harming…ha! Still, it’s worth it. 100%. It’s one of the best things I’ve ever done, and I can’t wait to continue in 2023!

**Petunia became our 18th foster on December 27th, so the photo isn’t updated and of course she hasn’t gone on to be spayed and adopted yet. 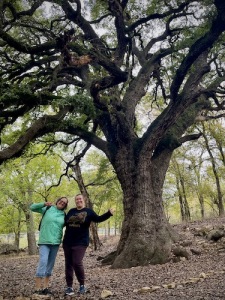 At the end of 2021, I honestly thought things were looking up in terms of health. I finally had a diagnosis, after all! It’s never so simple, though. Diagnoses change. Medicines fail. Bodies rebel. For a short time in that first section of 2022, I regained a certain amount of mobility, but lost it again over the summer. The summer also saw another spurt of weight gain, roughly 10 lbs, before my doctor put me on Mounjaro at the end of August. This is the first year in ages where I’m ending the year at a lower weight than I began it. The Mounjaro really flipped a switch in my body, and not only has it allowed some weight loss, it has taken away several of the other symptoms that I’ve been seeing specialists for for years. Consequently, I’ve had far fewer medical appointments in the latter half of the year, around 75 for the whole of 2022 (compared to over 120 in 2021!). Mounjaro also helped me to start regaining mobility. I’m not back to where I was pre-system-crash (Nov 2021), but I’m slowly adding more fitness and movement into my days. It’s funny, though, to look back on a few years ago, when I was exercising 200-250 days a year. (This year? 82 days. And 20 of those were in January…) Still, I have high hopes for where things are going as we move into the new year.

Photography
Obviously this is a big one. I don’t have much to say except that I learned so much, both in technique and by finally entering the photo-editing-software-RAW-files world. I’m still learning tons and excited about the process, and I’ve had my first official clients this year. To wrap up this bit, I’m going to collage out my favorite of the favorites this year, the very best photos (or technically, the photos that bring me the most joy): 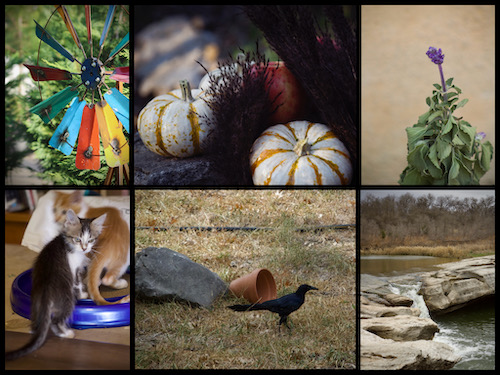 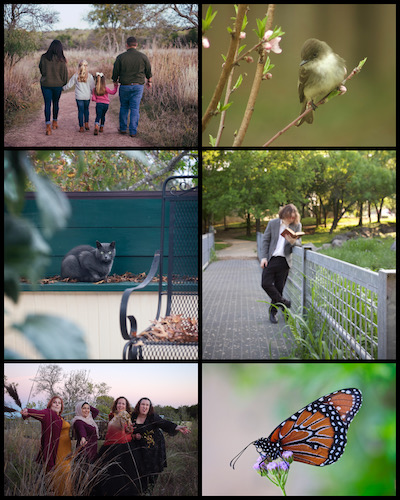 I’m not going to recap the negative parts of this section, particularly the ongoing schism in my family. I’ve said too much about them and given too much mental energy to the situation in 2022 already. Sadly, two members of my family passed away this year, my last remaining grandparent and my aunt/godmother. Other than these bits of sadness, my family has done really well. Laurence left for college in Canada this fall and has been settling into his new life. Ambrose joined the Air Force, got married to their best friend in September, and was stationed in Korea after tech school. Morrigan and his fiancé adopted two kittens in May, and managed to coax back to health the one who started fading pretty early on. Jason and I have been adjusting to this new just-us life, and it’s going pretty well. Honestly, I wish that this could have all been spread out over a few years rather than packing most of it into a few months over the summer, but that’s what happens sometimes! In any case, we’ve done what we can to help our children succeed, and hopefully continue to succeed going into the new year.

The Best Parts of 2022
This year, I’m not going to make a true “top ten” list, because many of this year’s best moments were ephemeral, repeating, or difficult to pin down to a specific “moment.” So these are really the best-of-the-best in highlights, I suppose. In no particular order:

I’m going to end this post with something I don’t think I’ve done before, which is write out a few of my hopes for the new year. In 2023, I hope to close the door on so many of the things that have weighed me down for the last few years. I want to continuing expanding my knowledge and experience in photography, as well as continue to rescue and foster cats/kittens. I have great hope for improved health and a return to fitness schedule that I’m more comfortable with. Unlike 2022, which felt like a year where I was drowning but grabbing onto every bouy I could see, angry and determined to make lemonade out of a hundred thousand lemons if that’s what it effing took, I want to thrive in 2023. I want to pull myself out of the muck that’s held me immobile since late 2020, and spend some time dancing among the rainbows.

Agender empty-nester filling my time with cats, books, fitness, and photography. She/they.
View all posts by Amanda →
This entry was posted in Personal and tagged end of year, health, photography, the ferals. Bookmark the permalink.