I mentioned in a recent post that I have a complicated history with gluten. A lot of that history took place when I was on a two-year blogging break(ish), so it never got posted here in any meaningful way. For my own records, and to put together a history/timeline, I’m going to post this now. Feel free to skip. All photos documented at the end of the post.

In 2013, I started testing potential food intolerances (for many reasons that are too complicated for this post). In Feb 2013, I did a “flour-free February,” which didn’t cut gluten specifically, just flour of all kind, which cut about 95% of gluten. The only result was a suddenly drop of a few pounds, which I attributed to water weight. When I added flour back in, I had some mild aches in my hips and shoulders, but they went away quickly and I moved on to testing other potential food intolerances. It wasn’t until August that year that I decided to specifically remove gluten as a potential intolerance.

I ate gluten-free for the first three weeks of August, and felt no change (no water weight drop either), so I added it back in to my diet. 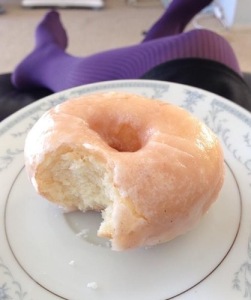 Again, I didn’t notice any change, but Jason pointed out to me that while I was GF, my feet/legs didn’t get as sore, judging by how often I asked him to rub them during those weeks compared to before and after. I decided to spend another few weeks eating GF to test his theory. The timing of this is very important, because the same week that I went back to a GF diet, I also began taking a new medicine. (Well, an old medicine. I got back on my old birth control, to test if hormones were playing an overly large role in my health. I’d never had any issues or side effects with this particular med.) Tbh, I thought the whole soreness issue was a coincidence, and I wasn’t careful with the GF diet this time. Until I noticed that every time I ate something with even a minuscule amount of gluten in it, my bones started burning. 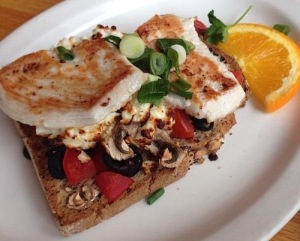 This wasn’t like anything I’d ever felt before. It began in my shoulder blades and ribs, a burning sensation, like the bones were on fire from the inside. If I’d eaten a LOT of gluten, it would move outward to my wrists, ankles, and hips. There was nothing I could do but wait it out, and even the tiniest amount of cross-contamination could trigger the reaction. For example, at Thanksgiving, my aunt used the same strainer for noodles and green beans, even rinsing between them, and it was still enough contact to trigger pain. My body was suddenly stupidly sensitive.

And frankly, I didn’t understand. I’d NEVER had this kind of reaction before, not even after my flour-free February. Aches, sure, but none of this burning-bones thing. I never put together the reaction with the birth control, because I’d been on that particular pill for many, many years in my life without ever having had this kind of problem. That pill was perfectly safe and innocuous in my mind.

So I spent about nine months avoiding gluten with every fiber of my being. Then in late April 2014, I got off the birth control because I’d found it made no difference in the issues I was having. Then about halfway through May, I accidentally had some gluten cross-contamination. I braced myself for pain…but it didn’t come. For the first time since August, there were no burning bones following gluten consumption. So I took a risk, and I ate one bite of regular bread. I hadn’t purposely eaten gluten in 9-10 months, so I knew the reaction was going to be bad. Only I had no reaction at all. A month before, I was in pain if my GF food touched a utensil that had also touched a gluten food. Now, I could eat an entire slice of pizza or bowl of whole wheat cereal without any reaction at all. 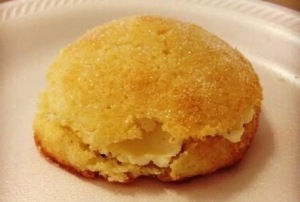 So yeah, I figured out the timing, the birth control, the weird fact that I only reacted to gluten this way while on that particular medicine. And yeah, I considered the fact that I might be gluten-sensitive, and that it only screamed in my face when I was on that medicine. But also, eating GF is very hard, especially when you’re the only person in your family who eats that way. So since that weird nine-month period in 2013-2014, I’ve only eaten GF intermittently. It’s funny, because while I never feel like it’s doing much for me in the moment, I’ve looked back and found statements I’ve made (in my journals, on the blog, etc) that indicate that it is. (Like from a post in June 2020: “My stomach has hurt a lot since mid-May when I quit eating gluten-free.” Um…hmm…) And now my gastroenterologist and rheumatologist are both telling me that my bloodwork indicates a gluten sensitivity, even if I don’t have full-blown celiac.

So that’s the gluten story. I’m in the process of going GF again. I have to adjust to that new reality as well, and it’s hard. Hopefully it makes a difference. I want to stop feeling so much pain in my body – organ pain, joint pain, inflammation pain – and if going GF helps that, I’ll figure out how to make it work despite it being tough!

**Notably: In the past, I’ve assumed gluten had absolutely nothing to do with my sudden weight gain or health issues, but one reason I’m putting this timeline together is because I stopped eating GF in May 2014 – the very same month I started gaining weight. And no, going GF hasn’t helped me to suddenly drop weight the same way I suddenly started gaining, but I’ve never looked at, say, whether I can get the whole calories in vs calories out bit to somewhat work while eating GF. I spent too long focused on paleo and lower-carb nutrition, which was very bad for my body, and each time I’ve been GF since I started eating carbs again, I’ve felt better. So it’s time for more experiments! Wish me luck!

Yes, we’ve made plenty of GF non-sweets over the years, but I can’t find any pictures of those, ha!

Agender empty-nester filling my time with cats, books, fitness, and photography. She/they.
View all posts by Amanda →
This entry was posted in Wellness and tagged food, Wellness Wednesday. Bookmark the permalink.