A Discussion of JK Rowling

I have been quiet on the subject of Rowling and her transphobic thoughts up until now. Mostly this is because I am personally quite ignorant on transgender issues, which feel particularly foreign to me as an agender person. I’ve worked hard to educate myself on these issues, and to work toward being empathetic, and especially to realize that my view of the world – as a nonbinary person removed from gender – makes me a very poor judge of anyone who feels strongly about their gender (whether cis or trans).

In reading over Rowling’s thoughts, I see a woman who is writing from a place of fear, and who has convinced herself that research and personal experience alone is enough to pass judgement. It’s clear that she’s tried to study, and she makes some observations that I found interesting given my own personal experience. Namely, she discusses the gender fluidity of teenagers who experiment with identity in so many ways. I have three teenagers, and I have watched them try on and shed identities, including potential trans identities. We have followed their leads, accepted them in all their varying identities, supported them no matter how many times they change. As parents, we know that that exploration is crucial to identity in both adolescence and adulthood. The observation of this particular exploration was an astute one on Rowling’s part. However, she misses the crucial thing: identity exploration is an entirely different thing from true gender dysphoria. Conflating the two is a mistake. (And of course, this is not her only mistake – but I don’t have time to address every single one here.) 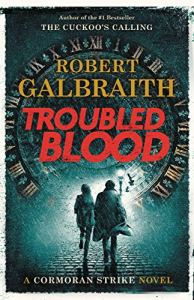 My hope is that, as Rowling writes from a place of fear rather than downright hate (yes, I realize the two are interrelated), she can eventually realize her bias and grow as a person, discarding her transphobia and apologizing for the hurtful things she has said. I don’t know if she ever will, but as with all people, I hope that minds and hearts will change for the better. In the meantime, I want to discuss her books – especially that of Troubled Blood, which just released, and which (sigh) contains a serial killer who uses women’s clothes to lure in his victims.

Let me start by saying that I don’t believe Rowling’s transphobic rants have been sales propaganda, as some people have said. Frankly, I think she’ll actually lose sales because of this, and I’ve certainly seen the negative side effects on platforms such as GoodReads. Having said that, it was in very poor taste to include this aspect of the character given her current argumentative state, and it smacks a little of an F-you from the author to people who disagree with her. Maybe it isn’t – hell, the book could have been planned and mostly written prior to her online rows, as it takes years for a book to move through the publishing process. Maybe her research into cross-dressing serial killers helped to form up her misguided opinions on trans-rights in the first place. I don’t know. But it does certainly smack of poor taste.

Having said that, I decided to read the book anyway, rather than boycott it as so many have done. I have several reasons for this. First, I have enjoyed the series thus far and wanted to know what was next for the characters. It’s been difficult to find good police procedurals, and while these aren’t perfect, they’re generally good (up to this point at least). Second, I wanted to learn how Rowling chose to use the character in question, rather than making assumptions, because making assumptions is what causes ignorant judgements in the first place. I don’t want to be guilty of doing the same thing she’s done! Third, if I cut out all authors with whom I disagree, and with whose opinions I find distasteful, I would have very little left to read. Twain was a racist misogynist. Nabokov had a very distinct nasty opinion about gay men. Hemingway was a horror in real life. In fact, the only author I’ve ever boycotted without ever reading a word by them was Orson Scott Card, and likely I wouldn’t have if I’d read his books prior to reading his whole “twins are more likely to both be gay because if one pretty twin is molested, surely the other one was too” bit. 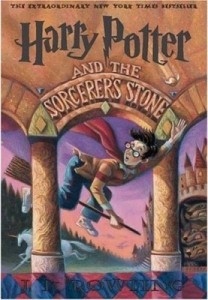 And last: I don’t understand the idealizing of Rowling as a role model in general. Don’t get me wrong, I enjoyed the Harry Potter series a ton, but if you look closely at those books, they don’t exactly spread good messages. Harry is a bully like his father (and don’t even get me started on Sirius!) and is praised for being one. Dumbledore is downright abusive. Every description of Dudley is extremely fat-phobic. The Houses propagate an us-vs-them mentality that creates division rather than bringing people together. Child abuse is described in joking tones, and Harry escapes from it with no long-lasting mental health issues. There are slaves, accepted classism toward non-human creatures, and far too many stereotypes. I could go on, but the general gist is that the books may be fun, but they aren’t exactly filled with good and wholesome messages. So I don’t know why anyone would expect Rowling to be held up as a role model in the first place. To me, she seems an older woman ignorant of many issues that she hasn’t experienced firsthand, and that has been the case from the beginning, not just since she began her rants against transgender folk.

I’m not going to talk about Troubled Blood here. I will review it separately. What I will say is that despite loving the series prior to this volume, I went into the book very warily. I detest the element that, from the description, seemed unnecessary and frankly distasteful as a plot device. (And honestly, it also seemed really derivative of the other fiction, like the serial killer in Silence of the Lambs.) But I also wanted to go into the book with an open mind, so that I could make judgements from knowledge rather than pre-conceived biases. I understand and fully support those people who have chosen to boycott Rowling and her books because of her transphobic statements. In time, depending on which path she chooses to take from here (to learn more, or to double down on opinions that she refuses to examine further), I may do the same. For now, I am continuing to read.

1 Response to A Discussion of JK Rowling