Back in May, I decided to make a “summer break” set of goals – a bit of irony during a quarantine period where my kids had been home full time since early March and will likely remain so for the foreseeable future. This “summer break” lasted for the days that the boys were officially off school for the summer. The dates of the personal challenge thus went from 5/23 to 8/17. I drew the goals out in my sketchbook, and have been coloring them in as I went along. Here’s how the challenge went!

In order of completion:

Try a new-to-me fitness or workout: I tried out several, the first of which was boxing on 5/26 – absolutely love it!!

Finish Couch to 5K: ran more than given in the last workout, nonstop, on 5/30 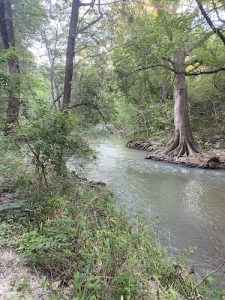 Go to a new-to-me location: Medina River Natural Area, 6/14 – and I drove there myself!! Woohoo for beating my biggest agoraphobia fear!

Crochet a bag for my Modern Witch Tarot Deck: I did this on 6/27, but I’ve gotta be honest. I discovered in this process that I really don’t like crocheting anymore. Because the motion in my right arm causes tension/pain in my neck and shoulder blade, I’ve only crocheted a handful of times since 2017. I believe this is the sixth item I’ve made since moving back to Texas three years ago. The bag only took a few hours to make – with distractions in between, like watching a movie – but the entire thing was an exercise in pain. In the end, while the bag looked perfectly fine, I despised it just because of how I felt making it, so I tossed it. It’s good to know – I’ve been slowly paring down my crochet supplies for years now, and I’ll probably still keep a few bare minimums. But this is likely the last time I’ll pick up a hook for a long, long time. If ever.

Go swimming: I said this could be nixed re: covid, and as it stands, all pools are closed in both areas I lived at this summer. However, I did go kayaking with my family, which involved some falling out of kayaks and swimming in the river (ha!), so this will have to count. Not what I’d intended when I made this list, and I wish I could go swimming for real, but hey. Done 7/18 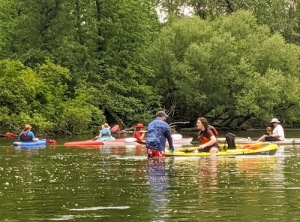 Go on four (or more!) dates with Jason: 8/2 – having a month away from home made this take forever! Not to mention all our dates were at home…

Apply to SNHU for the fall semester: done 8/8

Build a cat wall (for scratching!): 8/8 – I’ve wanted to do this for ages and finally we got it on, and on International Cat Day, no less! It looks awesome and includes cardboard, carpet, rough turf scratchy material, foam, three kinds of wood, and a wire to hang cat toys from. Not to mention Jason’s awesome freestyle painting!

Finish my runner’s board (for bibs, medals, motivation, etc): done 8/8 – This is a project that I’ve wanted to do for ages now, but didn’t have all the things I needed to create it. Jason gave me a bunch of the individual items (like hooks) as one of my Christmas gifts, but my original attempt at a board background got inadvertently destroyed by one of my kids, and then the pandemic kept me from acquiring something new. I kept debating with different ideas, shifting around as I saw other runners’ boards, until finally I came to a decision in July. The picture below is the running corner of my bedroom. It has my vision board, my mileage goal, and now my runner’s board with all the bibs I’ve had and medals I’ve earned since the Elf Run 5K in December that started this whole path for me. “Journey before destination” is a nod toward my favorite series, the Stormlight Archive by Brandon Sanderson. Eventually, I’ll get some photos to clip into the mini-clothespins. I absolutely love it!! Can’t wait to get more medals to fill out all those hooks. (Also, those are all finisher medals. I’m too slow for anything else, haha!) 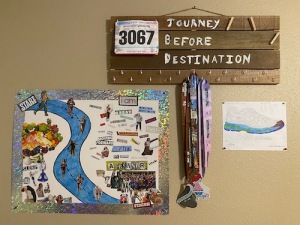 Finish my Yoga With Adriene backlog: Last one done on 8/9. This backlog included roughly 45 sessions going all the way back to April 2019. This is a massive amount of yoga to get through in just under three months, especially with all the other exercise I do. However, since I began using yoga as a dynamic warmup, plus I had a bunch of extra days where yoga was my primary exercise while I was in WI, not only did I get through the backlog, but I kept current through the summer, too!

Those I didn’t finish:

Finish the next phase of xeriscaping the front yard (which includes digging, leveling, and paving a path and seating area): Since I spent a month away from home, this was just not meant to be this summer. Especially once it got into the sweltering months. I’m forwarding this to my fall list!

Start learning Spanish again: With as much as happened this summer, I decided to nix this goal early on as adding an extra daily goal – and learning a language has to be almost daily – was just going to stress me out.

Play Just Dance with the boys: I would have gladly done this, but my boys didn’t seem interested any time I brought this up. This goal was more about them than me, so I let it go.

I really enjoyed this project, and hey, maybe I’ll even make fall-based goals all drawn out to color in again!

Agender empty-nester filling my time with cats, books, fitness, and photography. She/they.
View all posts by Amanda →
This entry was posted in Personal and tagged fitness, goals, I made a thing., lists, quarantine, running, Yarn Art. Bookmark the permalink.