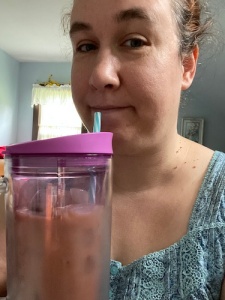 Last week, I started reading a book that I’d gotten digitally from my library. I’d wanted to read it for quite some time, but it took ages to get a copy. The book was called I’d Give Anything, by Marisa de los Santos, and was labeled on GoodReads and Amazon as the fourth book in the Love Walked In series. Note: the term “series” is used very loosely here, as the first three books are only related due to having some of the same characters, but each is fully standalone. I’ve enjoyed many of de los Santos’ books in the past, including those in the Love Walked In series, so this release made me happy. I finally got my hold notice, downloaded the book, and began to read.

I’ll admit straight out that the premise of the book wasn’t really my cup of tea: a married couple struggling after the man is fired in the midst of a scandal, and the wife trying to shield their teen daughter from the fallout. However, I’ve said above that I like both the author and the series, so I read on for several chapters, even as I wasn’t really getting into the book. Finally, about five or six chapters in, I stopped. I didn’t recognize any of the characters, neither in the past chapters or the current chapters. None of them seemed familiar from any of the first three books. So I went to look out on Amazon and GoodReads both, trying to find the connections. I read back through my old reviews of the other books in the series. I couldn’t figure it out. 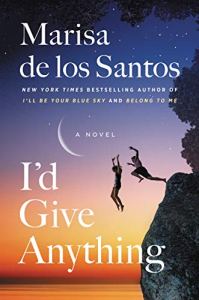 Then I came across this reader question on GoodReads: “Why does this say it’s #4 in the Love Walked In series? I see no apparent connection.” Clearly, I’m not the only one! And the answer: “Me neither. It’s so frustrating. The author has said on Facebook that it is not related to the Love Walked In series, and she and her publisher have asked Goodreads to fix this error on Goodreads, but Goodreads has not yet done so.” Other similar questions and answers follow. The author has said this is a standalone, unrelated book, and yet…sigh.

That’s frustrating. If I’d known this was unrelated to the original series, I would have approached it differently. I’ve read five de los Santos books in the past, and the two unrelated to Love Walked In have been heavier and a bit more literary, a bit less lighthearted. De los Santos does an excellent job of characterization, but I’ve found that in order to enjoy her books, I have to enjoy the characters she creates. When that’s not the case, it’s best for me not to read the book at all. That would be the case with I’d Give Anything. It was excellently written – for the few chapters I read, anyway – but I just had no interest in the story or characters or the mystery of the past. I’m not scratching the book off my list entirely because it’s possible that in another mood, I’ll love it. It’s just so frustrating to anticipate another book related to characters I already love, to books I consider comfort reads, and then have that all be false advertisement on Amazon/GoodReads’ part.