It has been a whirlwind week, with the end of school, Morrigan applying for summer jobs (in this environment – eek), lots of virtual parties, and tons of insane weather. Summer is here, whether we like it or not (not, in the case of south Texas – 100+ degrees is NOT FUN, and we’ve already had those days earlier than normal). And people are pretending that the virus is gone. We’re about to enter some very dark times. You know this tarot card that says everything is fine? Everything is not fine. Not in the world, not in the country, not with this virus, not at home. Everything is not fine.

Note:  If your mental health is at a point where you cannot bear to hear more about quarantine stuff, skip to the bottom of this post for a list of positives and highlights and Nice Things. We all need some of that right now!

This Week in Numbers
We ended last week with 2371 cases and 64 deaths. This week continued not only with another large jump in our numbers, but a continuation of the steady increase in hospitalizations we’ve had all month. Hospitalization numbers can’t be attributed to more testing or asymptomatic folks, so the steady increase all month is a worrisome sign (one that the city officials also agree is worrisome). By Wednesday, we had the highest number of hospitalized folks we’ve had so far, and that went even higher yesterday. Sigh.

So that puts us at a total of 212 cases this week, and a total of 7 deaths. It’s a slight drop in case numbers, but a peak in hospital cases, and the largest weekly death total we’ve had except for that first nursing home outbreak.

This Week in San Antonio
In the same trend that’s been happening for all of May, the state governor decided that we don’t need to wait on real data to continue opening things up. He removed all air travel quarantine restrictions that have been in place for months. He also announced reopening of water parks (indoor and outdoor), driver’s ed programs, and food-court dining areas. Some of those reopened businesses – like driver’s ed programs – make social distancing impossible, and there’s still no mask requirement, just a “suggestion.” Basically, there is very little that isn’t openable here in Texas – pretty much arts concert halls and arcades and maybe thrift stores? I’m not even sure about the last one. And this comes amid giant outbreaks in certain parts of Texas (like the meat-packing plants in the panhandle) and the steady rise over the last month of hospitalizations in metro areas across the state, not just San Antonio.

(my meagre attempt to help the economy)

Unfortunately, the situation is being compounded by the high levels of unemployment – reports indicated that we went from 4% in March to 14% in April – and by the state blocking efforts by our local officials to continue to provide housing guarantee to renters (evictions can resume in June, the state says). Things are becoming overtly politicized here, as far as an idiotic county politician announcing this week that COVID19 is a democratic hoax to discredit Trump, and telling people that to be republican is to take off your masks and refuse to use social distancing. Sigh. She’s not the first person to say all this of course, but it still makes me so angry.

Can I just take a moment here to address the rational side of human beings, regardless of your political leanings? Please, stop listening to politicians of all parties. Please, stop listening to the media regardless of whether you lean left or right. Find someone you know and trust who works in the medical industry: a doctor, a nurse, a janitor, a secretary in a clinic, a security guard in a nursing home; it doesn’t matter – just a person in close contact to medical facilities that are dealing with COVID19 on a daily basis. Talk to that person, talk to several people, and learn the truth of the seriousness of this virus. Get their recommendations and follow them, NOT politicians or media pundits. Let’s take the politics out of this discussion. Please.

Other noteworthy news from this week: We’re starting to see MIS-C show up in kids who have been exposed to COVID19, regardless of whether or not they actually contracted COVID19. // There have been reports of changes in rat behavior in urban areas due to limitations on the amount of garbage restaurants can throw out – the rats have taken to cannibalism and eating their young, as well as aggressive behavior toward humans, in their search for food. // Local restaurants have begun putting meat surcharges on meals due to virus-related meat shortages, and the cost of beef has tripled in stores. 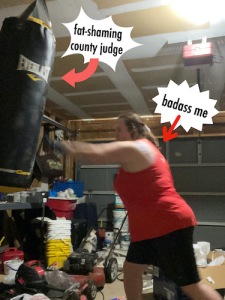 On a personal note, I wanted to have a little rant against our country judge, who participates in the daily news briefs regarding COVID. The man is old and a bit out of date with modern data, and keeps saying stupid stuff like we don’t know how asymptomatic folks spread the virus (we do!). At least once a week he goes on a rant where he fat-shames people and blames those with underlying metabolic health conditions for their situation. He genuinely believes that overweight and obese people are just lazy and negligent of their health, and says this virus – and the fact that it’s worse for people with underlying conditions – should be a wake-up call for those of us who “refuse” to take care of our health. It makes me want to punch someone (aka him), especially when he also discusses where he eats out every single day as his contribution to the economy. How is THAT taking care of his health? The man is lucky enough to have good genes, while some of us work our butts off at eating right and exercising a lot and STILL suffer from obesity and metabolic disorders. Ugh.

This Week at Home

School officially ended yesterday, though my boys finished last week with the last of their AP tests. Thankfully, neither of them had items at the school to get from lockers and such. They did have to do a book drop-off for textbooks and library books, and Laurence needed to pick up his yearbook. Some other student who clearly wasn’t paying attention got in line right behind us at the school, not observing the six-foot rule. Laurence turned around, surprised to see her right behind him, and stared at her until she realized and backed away. He wasn’t intending this, he was just surprised, but it made me laugh. We also took solo graduation photos of Ambrose this week, and will be having a Zoom grad party for him on Sunday.

Speaking of Zoom parties, we had quite a few of them this week. My sister-in-law’s boyfriend just got his bachelor’s degree, and we had a Zoom party for him. On the weekend, Jason and I attended a live-streamed wedding for one of his co-workers. In a couple days, we’ll have a Zoom birthday party for my nephew’s first birthday.

Not all has been virtual, though – I got to meet up with my dad, stepmom, and sister this week at their house (yard!) over the weekend, and then my mom and stepdad came over on Wednesday to have a yard hangout here. It’s the first time I’ve seen my mom since January! I’m glad there were enough breaks in the storms we had this week (hail, tornado over our house…) that we could arrange that meetup!

(my awful attempt to get a pic of all of us at once!)

Sadly, my mom did relay a bit of news that I find disturbing. First: My aunt is re-opening her private daycare/school in June, and even though the state has mandated that school employees wear masks, she’s already told the parents enrolling their kids that she and my mom (her other teacher) will not be wearing them under any circumstances. OMFG I want to scream. Second, my mom declared this week that she and my stepdad would not be getting a COVID vaccine for a few years. They’ll let “other people” be guinea pigs for it. Shouldn’t surprise me – she’s anti flu vaccine too. Oh, my family…

Positives and Highlights and Nice Things
Many of my happy things this week were already discussed above (Zoom parties, yard hang-outs, grad photos, etc). Here are some other nice things from the week:

How are the rest of y’all holding up? It’s been a bad week throughout the US (both with the virus and beyond it), and I hope people are okay. Sending y’all love and hugs.