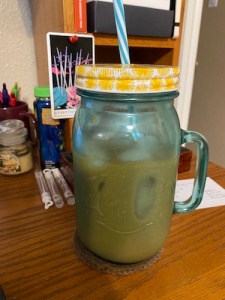 Last fall, when I sped my way through the first 11 books of the Ruth Galloway mysteries, I was just dying to get to the next release, The Lantern Men. Goodreads said that the book would release in February. The Lantern Men, along with Brandon Sanderson’s Rhythm of War, became my top two most-anticipated releases of the year. Then in February, I discovered that The Lantern Men was only releasing in the UK, and I’d have to wait until June for the US release. Sigh. And just a few days ago, I found that the June release date has been pushed back to July. That got me thinking.

How is our current pandemic circumstances affecting the release dates of books? I don’t know enough about the publishing process to know what can and can’t be done while sheltering at home, or how much of release dates depend on tours/promotion, etc. Should I be looking to see if other books I’d planned to read after their release this year have been pushed back, possibly to next year? Will I get to read my two most anticipated books, or will the November release of Rhythm of War get nudged into the spring? How will audiobook recordings work with social distancing and shelter-at-home orders, especially after we get a second wave of illnesses after opening up the country too soon?

It all feels like stuff we need to address as we work toward the “new normal,” if we can figure out what that new normal will be…

PS – Happy Mother’s Day to all the moms out there!

Agender empty-nester filling my time with cats, books, fitness, and photography. She/they.
View all posts by Amanda →
This entry was posted in Book Talk and tagged Sunday Coffee. Bookmark the permalink.