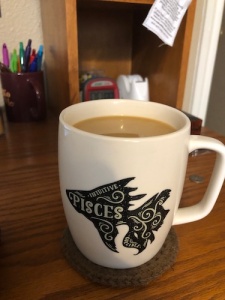 Morrigan starts school tomorrow. On Tuesday, Jason drove him up to Kansas. We were both planning to drive him up together, but then the school required him to come mid-week for a second orientation (first time wasn’t enough?). That, plus needing a full-time carer for Ash at the moment, meant that Jason drove up with Morrigan and I stayed home to watch over Ash and get the other two boys to school each day. Everything went smoothly, Jason got Morrigan moved into his new dorm, and returned home on Thursday. Tomorrow, Morrigan starts his third attempt at an independent life. We are all hopeful that this time, things work out in his favor!!

As for home, we had a couple bits of good news this week. First, we accepted an offer on our previous house. This is all still in the prelim stages, so nothing is finalized, but it’s exciting nonetheless. Second, we weighed Ash in on Friday, and in the six days since he got that antibiotic shot and began eating again, he’s gained 0.7 lbs! He’s up to 10.6 lbs and needs to gain about another 1.5 lbs to be at a healthy weight. He definitely has more energy and has spent a lot more time moving around the whole house rather than being confined to the bedroom for recovery.

The rainy season has begun here. It had been so dry for so long that I didn’t think about the rains potentially coming when I started doing outdoor couch-to-5K practices on New Year’s. I only made it through the first week before it started flooding every other day. And it turns out that the park I chose to train in – because it’s fairly level – runs right though a flood plain and has a big swath of it covered in water after big rains. Often, in other words. I’ve only been able to use the park ONCE in the last two weeks. Pretty soon I’m going to have to make a decision – keep running outside only as I’m able, or start again inside and just do outdoor walks when the weather is slightly nicer. Last time I did all this, I started with indoor runs, so that’s more likely to be my decision. I just hate to lose any strength/stamina I’d built up already. Ah well. It’s better than losing all that strength/stamina because I have to wait for the rains to stop, I suppose. I don’t think trying to run through running water – even a few inches of it – would be particularly safe, especially not with my messed up feet!

Anyway. Time of transitions and all that, boys back in school, Morrigan off to college, hopefully selling our house soon and having all our kitty-babies healthy…maybe soon my head won’t be wandering off in multiple directions at once…