Sunday Coffee – And Then There Were Four 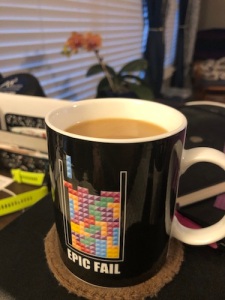 My brain isn’t there yet. I’ve never been one to process these kinds of things quickly, and as you know, this all happened lightning quick. Monday, we got the final date, and Wednesday, Jason and I were driving him to the recruiter’s office. Thursday, we saw his final swearing in ceremony. That night, he landed in Chicago and texted me from the runway. Right before midnight, he left a brief voicemail on Jason’s phone to say he arrived safely at his final destination. 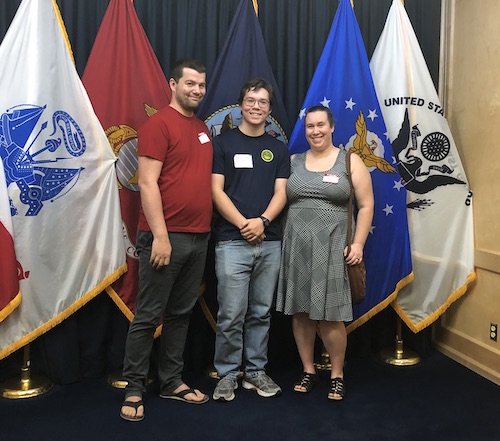 For the next six weeks, he’ll only be contactable through physical letters. Until I get that first letter from him, I won’t have a clue how he’s holding up. That, I think, will be the hardest thing for me personally. I’ve been a stay at home mom for the last fourteen years. It’s been my job to know how my kids were doing and to make sure they had everything they needed. Jason and I both did our best to prepare Morrigan for Real Life, but it’s always a shock, whether through college or military or just moving out. And with this Navy route, it’s a fast and complete severing of that tie. He can’t call home if he doesn’t know how to do something, or if he’s sick, or even if he’s lonely. That all adds to the surreal feeling that he’s not actually gone yet, or that he’s coming back home soon.

I had a moment this week. We have a calendar in our dining room that keeps track of which child is in charge of pouring clean water for the cats that night. The boys write out the calendar, and the days are plastered with sharpie: M A L M A L M A L etc. The other day, before Morrigan was gone, I looked up at October’s layout and had the startled realization that it was all wrong. The day that Morrigan left, I had to go back over all the dates with the sharpie, crossing out all the Ms, until it just said A L A L A L over and over. Such a little thing, but the first thing that started to make my brain fully realize: Now we are four. 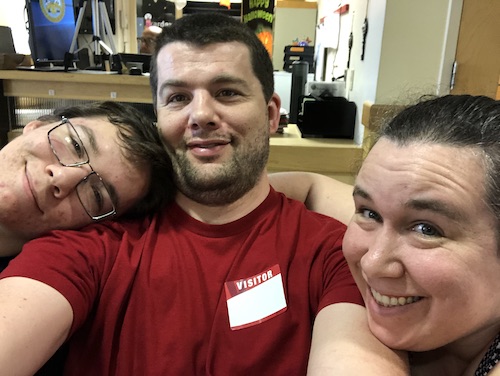 Don’t misunderstand – I’m extremely proud of Morrigan and happy that he’s finally able to go do what he wants to do, and I know he’ll do really well. My brain is just struggling to keep up with the changes. Nineteen years ago, I was having my first child. Now he’s off in the world as his own adult self, poof, just like that. The mind reels. The world is suddenly a very different place.