A Summing Up of March Titles

I did a lot of skim-reading in March. I don’t usually write reviews of skim-read books, and I don’t include them as part of my year’s reading list. However, because I haven’t finished a non-skim-read book since February, I decided to do a list of mini-reviews for some titles that I looked through in March. This may not be comprehensive. I don’t remember everything I skim-read, and my library just changed their catalog system, so my years of check-outs (dating back to 2012!) no longer exists. This is what I can remember, however. Links go out to Goodreads for book descriptions. 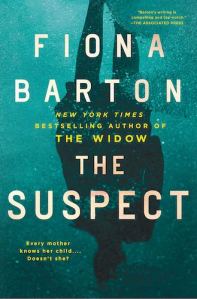 The Liar’s Room by Simon Lelic: Psychological thriller with flashbacks to build in the reasons the narrator left her old life and identity behind. The good: It dealt candidly with a parent’s difficulty in coping when their child does something reprehensible. The bad: Predictable, characters not very fleshed out. TW: Rape.

The Suspect by Fiona Barton: Having not particularly liked The Widow, I was hesitant to try this one. However, it was well-written, and the characters have to deal with real consequences of poor choices that they had no control over, and the ending is only slightly ambiguous (no major thriller-twists). I was more engaged with this book than most from March. 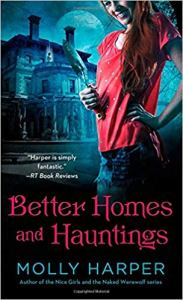 Better Homes and Hauntings by Molly Harper (audio): This was a free paranormal romance download from Audible. It was silly and predictable but also very fun. A few too many cliches and stereotypes, but I still enjoyed it (haunted houses make for awesome settings!). Audio was read by Amanda Ronconi.

The Woman in the Window by AJ Finn: The premise of this one is so similar to a thriller I’ve skimmed through in the past that I wondered if it was the same, but it wasn’t – plus it was better written, and I was surprised many times by where the story went, even when I guessed some of the twists. It was also a very good exploration of agoraphobia, with a narrator who was both pitiable and creepy (making it difficult to fully like or dislike her!). This is the other book I was more engaged with in March. 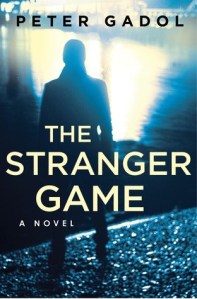 Bring Me Back by BA Paris: This was by far the most predictable thriller I read this month (I knew the twist after reading the back cover). It also had one of those toxic abusive male narrators, as well as a movie-style version of a particular mental health disorder, both of which left a really bad taste in my mouth. I’m not sure why I kept reading, to be honest. TW: physical abuse.

The Stranger Game by Peter Gadol: The premise of this was really interesting, to explore how social media can turn into real-life stalking, and how modern culture would realistically adapt – almost like reading social media reality TV dystopia. However, there were a lot of plot elements that were never explained, side stories that just disappeared, facts that didn’t add up, etc. I wanted to enjoy the book but in the end felt like I’d missed giant swaths of information.

2 Responses to A Summing Up of March Titles