July was a month of crazy-busy. Summer school, study abroad, four birthdays, extreme heat (over 105 many days), and the beginning of band camp. The insurance didn’t approve our house claim until late in the month, so construction didn’t start until the last week of July (and is still ongoing). Then the a/c broke on the hottest day of the summer (109). Yay! I began a whole bunch of medication changes and treatments, and have more still to come. Summers are always crazy here, but it’s INSANE this year. We have about four weeks until school starts again, and I’m really looking forward to it! 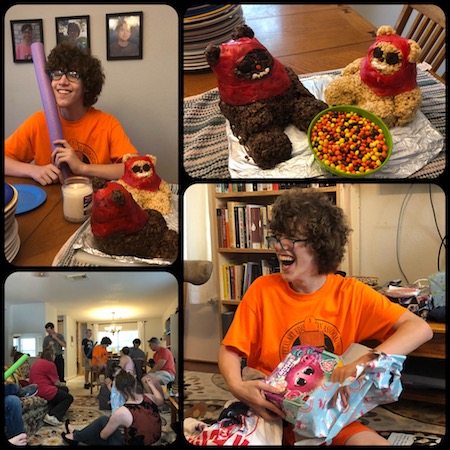 (one of four birthdays)

July was also a very sad month. My uncle moved from the hospital to hospice care, refusing to continue further cancer or blood treatments, and passed away a week later. The grief kicked me in the gut. The second member of my extended tribe to leave us in the last six months. The rest of the month passed somewhat in a daze.

Goals
Very little happened in goals this month. You could also say I went backwards a little, because instead of using the last of the yarn I already had (which would have completed that goal), I got new yarn and started a new project. Oops. My health also slid way off track:

Health
My health suffered quite a bit this month. My doctor is slowly taking me off my antidepressant and putting me on a mood stabilizer. He also put me on a short steroid treatment for my eczema which I quit after two days because it gave me severe heartburn and made everything taste like copper. Yikes. One medication was finally approved (been waiting since January), and ironically it caused a lot of weight gain so I had to get off it anyway. Then the health insurance rejected my doctor’s request for a second, in-lab sleep study, and instead suggested I get an APAP machine. No further word on that so far (sleep center is trying to get an RX for one). Additionally, I’m in the process of getting in to a dermatologist for a punch biopsy in one part of my skin (for what might be eczema or something autoimmune) and in to an allergist for eczema issues. 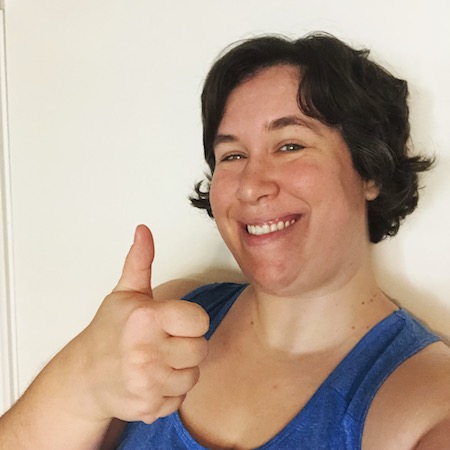 Food-wise, with everything going on, I ate out way too much, drank too much alcohol, ate too much junk food, yada yada. I tried to exercise when I could, mostly indoors, but as I’ve said before, I’m kinda on hold somewhat until the construction is done and the boys are back to a regular schedule again. I managed 15 days of exercise this month, totaling about 13 hours, and including 9 yoga sessions and 25 miles walked/run. Somehow, with all this going on, I actually started sleeping this month for the first time in about four years! No sleeping pills beyond melatonin this month. It was crazy and awesome. So that’s good news, especially given lack of sleep study approval for further testing. At the end of the month, my weight was up about half a pound and most of my measurements are up about an inch too. Sigh.

Books
My reading mojo was nowhere to be found for most of July. I signed up for the reverse readathon, but that was the week my uncle passed and so I didn’t end up doing it. Of course, I’d ordered a pile of books for the thing, and I needed something to occupy my brain a lot while I processed grief, so I ended up reading and culling a bunch of books in the last week of the month. In total, I finished five books in July. Likely I’ll barely remember most of them as time passes, simply because my brain wasn’t really in the right place. Oh well. Favorite: The Prince and the Dressmaker.

In Construction
Since our claim didn’t get approved until the end of the month, we didn’t get nearly as much done as I’d prefer this month. Things completed: replacing the dining/living room floor; rewiring for better lighting in the kitchen; the beginnings of new drywall and the kitchen ceiling. (In other words, not much. Between scheduling conflicts, funeral, and our contractor getting very sick for a week, this is dragging out…) 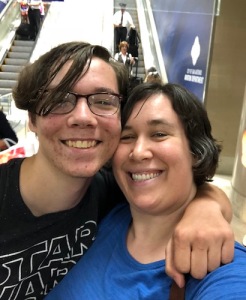 There were some good moments in July of course, and as usual, I’d like to list them out so I can remember them when I look back.

Coming up in August
Band camp. The holy terror that is marching band has arrived. The boys’ high school is INSANE about band, and it just began Monday. The other boys finish summer school tomorrow, so they’ll be free until the end of August when school begins. Which, I’ll add, is the thing I’m looking forward to most this month – school starting again, and hopefully the construction finishing. Our contractor believes he’ll be done by the 9th, but my guess is the 25th at the earliest. Sigh.

Agender empty-nester filling my time with cats, books, fitness, and photography. She/they.
View all posts by Amanda →
This entry was posted in Personal and tagged goals, house, lists. Bookmark the permalink.

11 Responses to July in Review