March has started out with a bang, y’all! Lots of fun stuff happening over the last few days, which is nice considering how rough February was on my family. It started with my birthday!

My birthday’s on the first, and this year it was very low-key. Normally my family goes all-out on birthdays, with themed parties and such, but I haven’t had one of those since 2014, before we began moving. (It was a great one, too – a “vice” party and a spa date with four of my extended family members – see picture below.) Next year will be a big one too, when I hit 40 and get my family’s famous buzzard party that I’ve literally been anticipating since I was a teenager. Ha! My brother already told me he’s started the planning. But this year was low key. 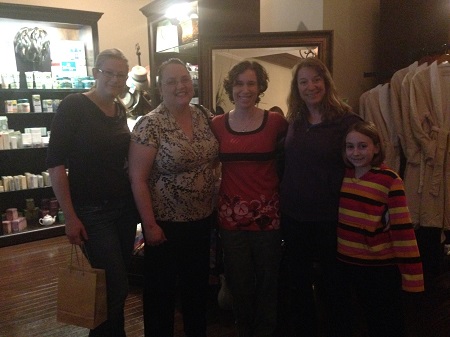 Jason made me scones with clotted cream for breakfast…mmm…and then he spread my gifts out through the day: yoga dice, Wires and Nerve Vol 2, Stranger Things Season 1, and these adorable individual ramekins that became part of dinner and dessert. Our tradition is to have one night eating out and one cooked special meal for our birthdays, and I chose laban ummo, a Middle Eastern dish of beef and onions stewed in yogurt and served over rice. I almost never get to have this one because my boys aren’t fans. So we had that and cherries jubilee for dessert, in those ramekins, while we all watched Murder on the Orient Express (excellent!). 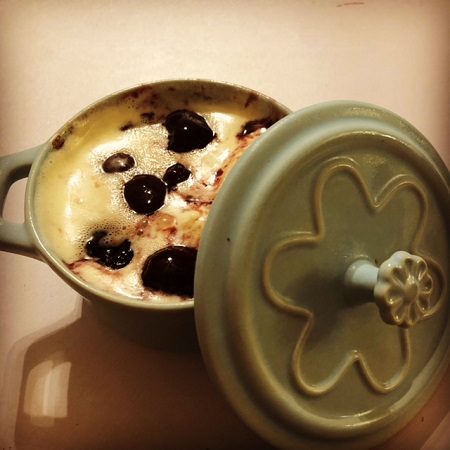 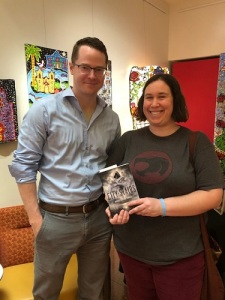 It was a good day, and a great opener for March, followed up by Pop Con yesterday. The San Antonio Public Library hosted this con, which included a lot of stuff, but most significant for me being the group of authors gathered there. In particularly, I was really looking forward to meeting Robert Jackson Bennett, who authored the Divine Cities trilogy that I loved last fall. My friend Stephanie and I went to the event together. We saw lots of costumes, folded origami Totoro dolls, met a lot of authors and artists, and indeed got books signs by Bennett. We only stayed for a couple hours because of time constraints of both of us, but those few hours were awesome and I hope the library puts something like this on again next year. Stephanie and I both want to cosplay Sanderson characters for it, if we can get decent costumes together in time! 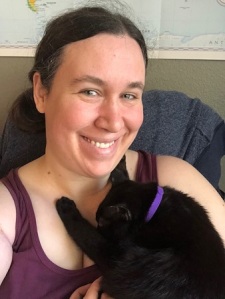 Lastly this weekend, we have officially adopted Jojo. I haven’t mentioned this yet, but our foster-kitty is semi-feral. He was on the streets for a couple months before someone brought him into the shelter, and it’s easy to see that those months weren’t kind to him. There are a couple sections of his tail that look like they’re missing hair, as if he had strings tied to him. He’s skittish and terrified of anyone holding something while standing near him. He struggles between his instincts for affection (<–) and to attack. Now that he has plenty of energy, we’ve been working hard to socialize him. Gavroche was about the same age when we rescued him, and had been living on the streets, but his experience was obviously a kind one as he was immediately loving and trusting of everyone and everything, much like his namesake. Jojo…not so much. He’s going to take a lot of training, but he’s already getting better, and I hope in time his instinct for affection will win out.