I’ve been thinking about this topic, and I worry that this will be more of a “what I’d like to see less in order to see more of” kind of topic. Hopefully that’s okay. Because there are things that show up too often in books, and things that really ought to show up more. Here are my choices:

2. This-world fantasy set outside of the US and Europe (especially Britain). Can we have some fantasy set in, I don’t know, Indonesia? Zambia? Argentina? Please? 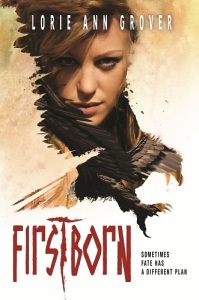 3. Non-binary characters. I’d love to see some agender, gender-fluid, intersex, and other non-binary narrators/characters, especially in books that aren’t about that person’s non-binary-ness. Ditto for characters/narrators with non-binary sexual and romantic orientations. There should be more asexual, pansexual, bisexual, etc people in books.

4. Grey characters. I’m so tired of the tropes (which show up most often in YA) of 100% good or evil people. I recently quit reading a book after a character’s father was introduced as the cruelest person to ever exist. How about a father who is stern and believes in corporal punishment, yet also loves his kids and is simply doing what he thinks is the right way to raise them?

5. Situational antagonists. This is kinda vague, but basically imagine a book where the antagonist is not evil, where no one in the book is really a bad guy, but the situation falls out because the situation sucks, because events happen that cause bad things. Maybe everyone is trying to be good, trying to do right, but their actions come into conflict and cause bad things. I guess what I want to see is more ambiguous sources of conflict.

6. Pets. I don’t mean as the focal point of the books, but as part of the textured background of a story. Many, many people have pets, but far few characters do. It would be fun to have that touch of realism introduced in more books.

7. Cruise settings. Because really, I just love cruises as book settings, and there aren’t nearly enough of these.

8. Women confident in their sexuality. The narrator from City of Dark Magic is a perfect example.

10. Happy, supportive families in YA books. I’m kinda bored of the absent-parent and dysfunctional family tropes in YA. I’d love to see more of the other kind, especially big ol’ extended families all living close together, or big families made up of biological members and adopted members. Blue’s family in the Raven Cycle books are a perfect example of this.

What are some of your book wishlist items?

Agender empty-nester filling my time with cats, books, fitness, and photography. She/they.
View all posts by Amanda →
This entry was posted in Book Talk and tagged cruise, lists. Bookmark the permalink.