Today’s topic is about books you once read and your feelings toward have changed over time. That change can be positive or negative, but in this post, I only want to discuss books that I originally had negative or indifferent feelings toward, and grew to love as time passed. In no particular order:

1. We by Yevgeny Zamyatin: The first time I read this book, I was thoroughly confused. My review was a jumbled mess of WTF? I liked it – at least I thought I did – but I really had no idea what was going on in there. Within three years, the book had grown into one of my favorites in retrospect, and I reread/re-reviewed it with clearer insight.

2. Devilish by Maureen Johnson: My original review of this book stated that it was a confusing mess of a book. I didn’t dislike it, but didn’t find it as good as other books by the same author. Later, I went back and reread that review, surprising myself because Devilish had become my favorite of all Johnson books, even though I hadn’t reread it.

3. Never Let Me Go by Kazuo Ishiguro: I was indifferent to this book when I first read it. Within six months, I realized I couldn’t stop thinking about it, and it had grown into a favorite. Ironically, the book continually invaded my mind from time to time until years later, when I saw the film. The film somehow effectively shut out the book, which makes me sad, and makes me think a reread is necessary. 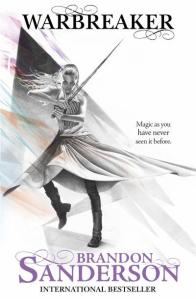 4. Warbreaker by Brandon Sanderson: Initial read judged it as good, but not nearly as good as other Sanderson novels. Just okay. However, this one stuck in my head and kept beating at my brain until it became one of my favorites. Recent reread showed the love to be deserved.

5. The Nature of Jade by Deb Caletti: My original 2009 review of this was lost, but my initial thoughts were again “okay but not great.” By the end of 2009, this had become one of my favorites of the year, and I reread it while on vacation that December.

6. Meant to Be by Lauren Morrill: I remember this book was distinct fondness despite its silliness and predictability. Recently, I went back and read my review, and was surprised to find that I noted many things that bothered me despite liking it. Once again, I grew more fond over time.

7. Harry Potter and the Order of the Phoenix by JK Rowling: When I first read the HP series (right after Half Blood Prince released), I was turned off by all the angst and yelling in OotP. I know many people feel the same way. When I subsequently reread the series two dozen times in the next year, my feelings toward each of those books changed, and this grew into one of my favorites. It’s so very well-written, despite the angst.

8. Fangirl by Rainbow Rowell: This one is a little different. I actually loved this one from the start. The quality of my love changed over time, though, as the book wormed its way to the forefront of my brain over and over, and I began thinking of it as a favorite rather than just a book I loved for the fun of it the day I read it.

9. Catch-22 by Joseph Heller: I first read this in a satire class in college, and the whole read was one big WTF moment. I must have had the impression that there was something there I liked, however, because I tried again the next year, and the year after that, and by the time I was married and had several small kids, I had a handmade shirt with “flies in your eyes” drawn across it and the boys traded Catch-22-style insults with each other when angry.

10. The Rithmatist by Brandon Sanderson: In 2013, I read both of Sanderson’s new YA novels, Steelheart and The Rithmatist. The former, I loved. The latter, I thought was okay, but had a lot of issues with. Over time, the former dropped from my memory completely, and the latter turned out to have real sticking power (possibly because I read it aloud to my kids). In the end, it’s The Rithmatist I ended up loving longterm.

The pattern should be obvious here. Books that stick with me for a long time, rather than fading away in my memory, tend to be the ones that grow into long-lasting love in my heart. Sometimes I initially love a book, but if I can barely remember it a month later, it will fade from a spot among my favorites. This is why I prefer to read slower with some books, or to multi-read others. Time spent with book-loves helps them stay book-loves for me!

4 Responses to Top Ten Books That Changed Over Time