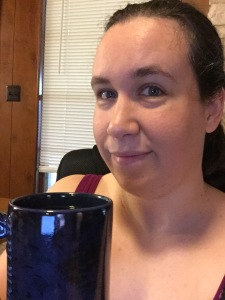 Back in 2008, when I first started blogging, I’d spent most of my adulthood reading classics only. A few modern books had caught my attention over the years, but for the most part, I ran up against the same problem I’d had since I’d hit my teen years: My choices seemed to be limited to genre fiction or literary fiction. I’d never met a genre-novel that I enjoyed, and I was bored out of my mind by straight-out literary fiction. The first category seemed to be all plot and nothing deeper, and the second was exactly the opposite, all theme and pondering, no story. Wildly different ends of the spectrum, neither interesting to me. I stuck to classics, which tended to have both story and theme, and even then, I was picky about which classics I read.

That first year of blogging is littered with attempts to find modern fiction I enjoyed. On one end, there were books like The Odd Sea and Oracle Night and The House on Mango Street; on the other, there was The Book of Names and The Eight and Nine Lives to Murder. These books all fell into the category of not-for-me. Eventually, I delved into children’s and middle grade fiction, which gave me more of a balance, but I’ve never stuck with children’s books for very long, so that definitely couldn’t last.

That’s when I met Debye, a librarian at my local library. She was running a YA book club that was only rarely attended, and I decided to give it a chance. Suddenly, the young adult world poured open for me. In my teen years, my choices were Sweet Valley High and Babysitter’s Club (ugh…), which is why I quit reading for nearly a decade. I hadn’t realized what a transformation YA had undergone since the Harry Potter series began. Suddenly I was reading Deb Caletti and Scott Westerfeld and Maureen Johnson and Suzanne Collins. I went so YA-crazy that I eventually burned myself out and had to take a break from that age group. All it took was the right book, though, and suddenly, Manda became a fan of lots of young adult fiction.

It’s a lesson I’ve been taught many times over. I discovered, for example, that modern adult fiction does exist outside the poles of pure literary and straight genre. The Eyre Affair. The Night Circus. Notes on a Scandal. Gentlemen and Players. The Host. Crossed Wires. Little Children. The Housekeeper and the Professor. Never Let Me Go. Like Water for Chocolate. Loved Walked In. Ella Minnow Pea. I discovered, for example, that fantasy exists on a spectrum, and while there is certainly genre-heavy fantasy, there is also very deep and introspective fantasy novels. I needed Brandon Sanderson and Diana Wynne Jones to teach me that, and then my whole bookworld blossomed. I discovered that audiobooks just take the right narrator, and I discovered that not all mysteries and crime novels are plot-only, and recently even that romance novels can break the mold and differ from the highly-structured genre traditions.

The thing is, I’m still not a fan of most straight-genre or high-literary books. It’s just that between my library, my friends, and this lovely blogging world, I’ve been introduced to far more than I ever discovered on my own. I’m sure I’ll continue to find “right books” and “right authors” that will further push the limits and boundaries of my current book preferences and ideas. And that is an awesome thing.