Classics That Fooled Me

It’s been awhile since there’s been a Top Ten topic that I could really participate in, so I thought I’d do a book-list of my own this week!

While I’ve not really read many classics over the last few years, classics are really the foundation of my reading. For years, I didn’t read anything at all, and then as an adult, I discovered classics and fell back in love with reading for the first time since childhood. Still, there were certain classics that I avoided, for one reason or another. When I finally got to them, I discovered I’d been so very wrong. So here goes – the best classics that totally fooled me: 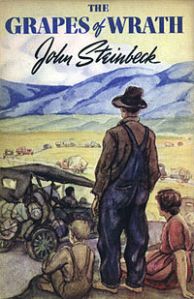 1. The Grapes of Wrath by John Steinbeck – Back in 2008, my book club chose this one, and I was not looking forward to it. I’d avoided it for years. But then I started reading, and I sped through it in less than three days. I couldn’t put it down. It was like reading family history! My family came from Oklahoma, and so the cultural mindset is super-familiar to me. Love this one!

2. Les Miserables by Victor Hugo – I was terrified of this book, and had been told about all the long side-chapters that had nothing to do with the book. Everyone always mentions the Paris sewers. You know what? I loved those chapters. The sewer chapters were extremely interesting. Yes. I never once got bored here. 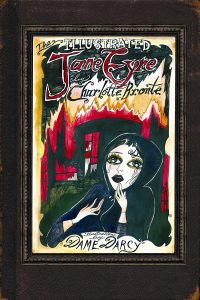 3. Jane Eyre by Charlotte Bronte – Very wary going into this one, because I’d hated Wuthering Heights. In the end, this became one of my favorites of all time. And I’m still impressed that somehow, despite being almost 29 years old, I’d never been spoiled on this book. I’d never heard of Rochester, or the madwoman in the attic…

4. Middlemarch by George Eliot – I had reason to be wary of this one. Silas Marner, while a good book, was very difficult for me to read. But Kate Reading – my favorite audio narrator – read the audio, and so I decided to give it a try. At first, I suspected I wouldn’t like it, because the beginning is a bit of a slog. After awhile, though, it picked up, and I loved it. Glad I stuck it out. 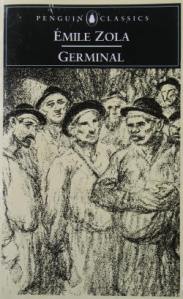 5. Germinal by Emile Zola – I have to laugh knowing that I expected this one to be dull as sticks, and that I would give it up after fifty pages and say oh well. This book is funny, smart, exciting, scandalous in places, and is literally one of the only books I’ve ever read that has made me involuntarily react by screaming out loud at a character while I read.

6. Rebecca by Daphne du Maurier – Jason suggested I read this one all the way back in 2000. Boring, I scoffed. Then, through RIP, I began to reconsider. Ten years after I scoffed, I ate my words. This book is one of the best pieces of atmospheric writing I’ve ever encountered! 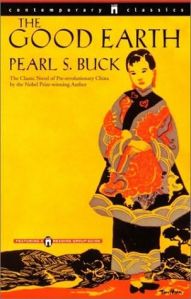 7. The Good Earth by Pearl Buck – This was another book club selection, and I worried that it would be excruciatingly depressing. I cringed as I read, just waiting and waiting for it to get worse and worse and worse. Instead, it was balanced and beautifully written and powerful and fantastic.

8. The Haunting of Hill House by Shirley Jackson – Different kind of fooling this time. I read this book back in the late 90s, after seeing the movie based on it. I was hoping the book would be better, you see, and was disappointed. So many cliches! So predictable! Fast forward over a decade, and Ms Manda discovers that Shirley Jackson had written this book 40 years earlier. Ms Manda had thought that the book was new, recent, current. Those cliches and predictable twists? Well, Jackson invented them. I went back to read with fresh eyes, and discovered the awesomeness within. Perspective. It’s important!

How about you? Are there classics you love that you thought you’d hate?

Agender empty-nester filling my time with cats, books, fitness, and photography. She/they.
View all posts by Amanda →
This entry was posted in Book Talk and tagged classics, lists. Bookmark the permalink.

11 Responses to Classics That Fooled Me