City of Veils, by Zoë Ferraris 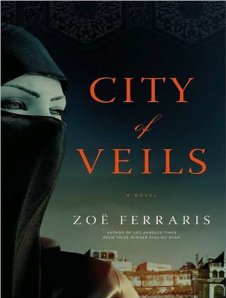 When the body of a dead woman – beaten, burned, and bloated – turns up on the beach in Jeddah, Saudi Arabia, an investigation begins into her death.

I don’t normally read thrillers, but this one sounded interesting to me, particularly as it takes place in a part of the world I haven’t read much about. City of Veils really goes deep into Saudi culture. It doesn’t gloss over the difficulties, particularly for women, of living there, but also doesn’t judge the whole nation based on their culture and religion. It’s very careful to keep the actions of politicians and religious extremists separate from the religion and culture itself. It also differentiates between cultural and religious interpretations of Islam. This careful balance is one I can appreciate and that I respect.

The mystery and crime parts of this were equally well-done. They were engaging, and the characters didn’t feel like generic cutouts as they have in other thrillers I’ve read. I’m not saying all thrillers are like that – I just seem to run into bad ones each time I try to read one! I liked how well developed everyone was in this book. City of Veils is a second book in a loose series, but is standalone and I read it without having read the first book (Finding Nouf). I imagine there will be more books to follow. There was no cliffhanger, but there was enough room in the lives of the characters for development and growth that I imagine more books would work well.

1 Response to City of Veils, by Zoë Ferraris