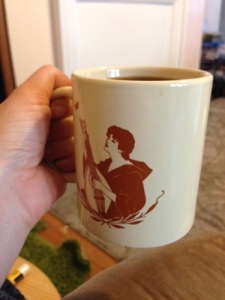 This past week was spring break here (much later than I’m used to!) and we decided to spend the week traveling around to all the little New England states we’d never been to: Vermont, Maine, Rhode Island, and New Hampshire. It’s been a thoroughly exhausting-though-rewarding kind of week.

Vermont: Our first stop was Vermont, an overnight trip because it’s further away from the other states and we didn’t really feel like driving five hours roundtrip. Also, because these were short trips, we didn’t want to drive all the way up to the busier and more popular parts of the state. Instead, we settled on a small city close to the border: Brattleboro. Exciting, yes? Keep in mind, our only real goal with these vacations was to travel to the states themselves, rather than to do anything specific. So in Vermont, we didn’t really do anything specific. We went bowling. We had a nice dinner. We lazed about in a hotel and enjoyed the scenery driving there and back. Totally lazy and lovely vacation. Also: Vermont is probably the most beautiful state I’ve ever seen.

Maine: We took a bus up to Portland, Maine, the day after we arrived home from Vermont. The original goal was to take the boys to the International Crytozoology Museum (ie the Bigfoot and Loch Ness Monster museum), because that’s just frickin’ silly and fun. However, our bus got there late, and it was freezing and rainy, so we didn’t end up walking all the way to the museum. This was a daytrip, with a very short window of opportunity between buses there and back, so instead we walked out to The Holy Donut (oooh heaven…) and then walked around the park and other nearby areas playing Ingress (a google-run iphone game involving hacking strategic portals for your team). 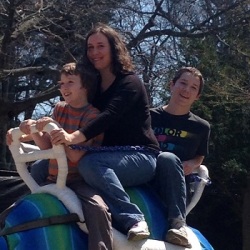 Rhode Island: This was a quick daytrip down to Providence – only an hour away! – and we ended up going to the zoo there. Why the zoo? Because they have CAMELS, and it’s one of my lifetime goals to see a real-life camel. Actually, the goal was to see a camel, and maybe if possible pet and/or ride one. And guess what? I DID ALL THREE!!!!! Yes. I saw, I pet, I rode a camel! (It was very bumpy.) The rest of the zoo was great as well. Alpacas. Elephants. Seals. You know. Zoo stuff. I love zoos.

New Hampshire: Notably, we drove through New Hampshire on our way to Maine, so that was the boys’ only experience with the state. I, however, went with my friend Stephanie up for a grad-school lit conference there later in the week, so have a bit more to share. Stephanie and I took a bus up on Friday, and spent some time exploring the UNH campus (very, very beautiful). We bought truffles, tried some new beers, and spent half an hour in the used-book section of an academic bookstore. It is so fun traveling with fellow nerds! I got myself two books in French, and got a few cool books for Jason, including an anthology of Scottish poetry. The next day was the conference, where the topics ranged from an evaluation of fascism in Watchmen to heteronormativity in the Jack Reacher series to Stephanie’s presentation on derailing the monomyth in Neverwhere. It was awesome.

I’m back at home this morning after getting Stephanie to the airport VERY early (think: waking up at 3:45am), and now I’m having extra coffee, with plans to do nothing more today than take a nap and finish reading Forever by Maggie Stiefvater. I hope those of you who got to participate in Readathon really enjoyed yourselves – I’ll be reading with y’all next time!