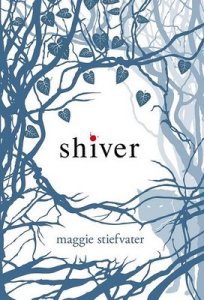 Ever since Grace was attacked by wolves when she was young, she’s been obsessed with them. Then a classmate gets mauled, and the wolves come under attack by their town, and Grace discovers that these wolves might not be just normal wolves. Yes, this is a werewolf story.

I’m going to review this in parts.

Comparison: I can’t not compare this book with others by Stiefvater. It would be unfair for me to give my opinion without qualifying it by saying that my first experience with her was the wonderful Raven Cycle. I’ve adored that series – character, plot, writing, everything. When I went into The Scorpio Races, while it was well-written, it didn’t engage me, and I gave it up halfway through. So I went into this one with some foreboding, especially as I heard from other people that it wasn’t necessarily the best of her books. My conclusion? The writing is younger and less mature than the others I’ve experienced, but the story was more engaging for me than Scorpio (less so than Raven), and I did want to finish the book. And did so, very quickly. And will probably move on to the sequels.

Characters: This is where I felt that the book was weakest. Grace and Sam were pretty much the only real characters for 2/3rds of the book, and there was a lot of over-focus on their relationship. Since they never really got to be friends first, it was all a bit too trope for me. Grace’s other friends and her family were hardly there (more trope) so all of those characters were a bit flat. However, I’ll say that with the caveat that the last third of the book grew a lot rounder. We got past all the intense teen romance and into deeper issues. I ended up loving Isabel, and felt like some other characters (Beck, Jack, Olivia) gained some roundness. I’m hopeful that with the undying love stuff taken care of already (unless, of course, something disrupts it), there will be more character and story development in the next book. Which leads me to:

Story: Again, the first part of this book was a bit too one-sided for my preferences, though this may have to do with me being well over the intended age audience of Shiver. I freely admit that. On the other hand, I did find the plot engaging, and once we got past the romance and into the inter-workings of pack life, disease, possible cures, poetry, telepathic communication, psychological scars, etc, the book really picked up. I was so much more interested once the story became many-layered, and I’m hopeful about the sequels. I say that with the caveat that I’ve read nothing about the sequels, so I don’t actually know what direction they’re going re: romance, as mentioned above.

Conclusion: This was a mixed experience, though I think ultimately positive. The series – provided I finish it – will likely not replace the Raven Cycle as a favorite, but I do think it will be enjoyable (or at least hope so). Also, it was far better than I was expecting going in.

8 Responses to Shiver, by Maggie Stiefvater